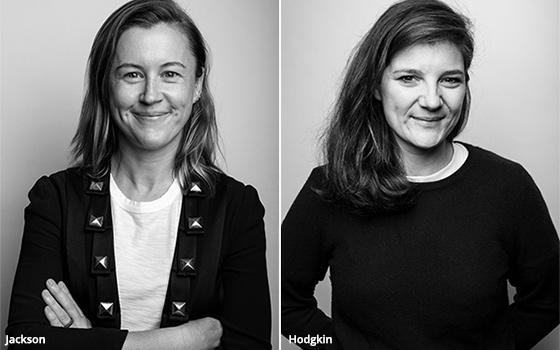 Special Group is continuing its expansion into the U.S. by appointing Caroline Jackson as managing director and Kelsey Hodgkin as head of strategy. The two leaders will join as partners alongside chief creative officer, William Gelner who launched the shop in October 2020.

Los Angeles-based Jackson and Hodgkin both bring international experience to their roles. Jackson’s career includes a decade at Ogilvy in Hong Kong and New York, where a signature client was American Express. Jackson has also spent time at R/GA, Publicis, Havas and JWT, managing brands like UPS, Volvo and Citi.

Early in her career, Hodgkin was an account planner at Bartle Bogle Hegarty, London, working on British Airways and Vodafone. From there, she jumped to Ponce Buenos Aires, handling Unilever personal-care brands, and then on to MullenLowe in Boston and Los Angeles, where clients included Acura, Google and Amazon.

Special Group has big plans for its North American expansion. Since Special Group launched in Auckland, New Zealand in 2007 and expanded to Sydney in 2014 and Melbourne in 2020, the agency has quickly gained notice and awards for its work for clients including Red Bull and Tourism New Zealand.

"The role of independent agencies has never been more important in pushing new ideas, new creative ways of working and new models for inclusivity,” said Hodgkin. “I believe independents hold the industry to a higher standard. They are the tip of the spear and to have the opportunity to be part of building that with Special Group U.S., given all they have achieved internationally, is an incredible opportunity.”