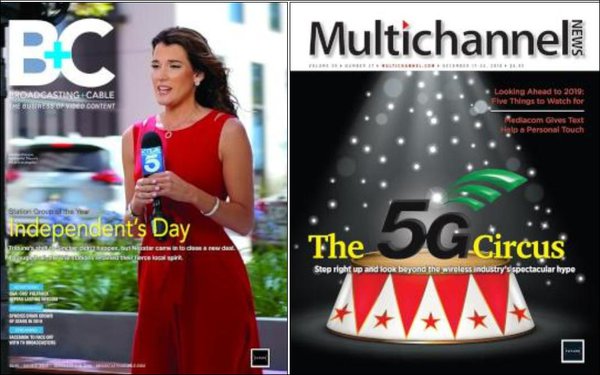 Multichannel News, a publication that has covered the TV industry for over 40 years, will be combined with sister title Broadcast + Cable, effective April 1.

The goal is to create “a single source of comprehensive journalism to better serve our audiences and advertisers,” says William Gannon, vice president, content and global editor-in-chief, at owner Future PLC.

Both brand names will appear in the new logo. The titles were first grouped together digitally at NextTV.com last summer.

There are no staff cuts occurring, Gannon says.

Readers will not be surprised by the change given that “the editorial staffs from both magazines have been contributing to each of the magazines regularly over the last three-plus years,” he adds.

The three branded SmartBrief newsletters will continue to appear, and the editorial calendar of events and special issues will remain as is.

Multichannel News debuted in September 1980 and prospered in what reportedly was one of the most profitable B2B categories. It has included magazines such as Cable World, which ceased publication in 2007 after an 18-year run, Multichannel News reported at the time.

Broadcast+Cable and Multichannel News were acquired by Future from NewBay Media in 2018.