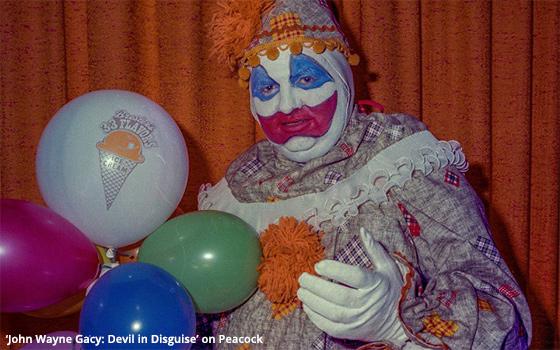 The next few weeks are shaping up as a veritable springtime for serial killers on TV.

The impetus for this TV Blog -- as it is for so many of these -- was a confluence of similar events.

On a TV-news content site where I regularly visit a page they maintain that lists upcoming TV shows (in order to make myself aware of shows I might want to review), I could not help noticing the number of shows coming up soon that are devoted to murderers.

The TV Blog has occasionally addressed this issue of TV’s fetishistic obsession with violent crimes and the people who commit them.

In particular, multiple columns here (and a number of others going back years that were published elsewhere) have singled out CBS for its obsession with serial killers in its many police-procedurals dating all the way to the original “CSI.”

But TV in general is awash in serial killers and bloody murder shows. There are even two entire networks (at least) devoted to airing 24 hours of the absolute worst in human behavior every day -- NBCU-owned Oxygen and the atrocious Discovery-owned ID network.

In fact, a press release that arrived Friday from Oxygen put this TV Blog topic over the top. This news release actually bragged that Oxygen would soon be devoting a full week (actually nine days) to the wacky, wild world of serial killers.

The tone of the release almost made it seem as if Oxygen was celebrating these people -- or at the very least, the network was positioning the content it had produced about them as just another form of entertainment.

With a specially designed “Oxygen Serial Killer Week” logo decorating the top of this news release, it then went on to tease its subject thusly: “Oxygen dares disciples of true crime not to look away during the ‘Serial Killer Week’ event beginning Saturday, April 10.”

Actually, the wording of that headline had the opposite effect on me. It had me thinking that “looking away” was a great idea.

At its heart, the problem with TV’s mania for true-crime storytelling is that it exploits the sadness and misery of other people for financial gain.

TV has so many crime networks and shows (not least of which are the hours and hours of repurposed episodes of “Dateline,” “20/20” and “48 Hours” that are seen all over the place) that the awful stories of murder and duplicity that they traffic in are told over and over again. Imagine having a family member whose murder story is told again and again on TV.

It is as if TV is intent on making history’s worst serial killers into celebrities, perhaps in the hope that their stories will draw audiences for years and decades to come.

But a number of days before Oxygen joyously announced its all-star salute to serial killers, a handful of other titles came to my attention.

One was “John Wayne Gacy: Devil in Disguise,” a new documentary of the 1970s Chicago-area serial killer in a clown costume (pictured above). This doc starts streaming this coming Thursday (March 25) on Peacock.

For all I know, this could be the best John Wayne Gacy documentary that has ever been produced, but even it is, I still have to ask: Why make it at all?

This man’s murderous story has been told multiple times on TV. There is not likely anything more we can learn about him at this point, so why bother? Isn’t the memory of a person like John Wayne Gacy better left to wither away and disappear?

When TV continually revisits the same subjects, that’s when you know a content category is over-saturated. Another sign is when the shows’ titles begin to meld together and resemble each other.

Speaking of “signs,” that is exactly what happened recently when I came upon a docuseries called “Secrets of a Psychopath” that is coming soon to AMC+.

Then I spied another series called “Signs of a Psychopath” that appears to be an Investigation Discovery show that is soon to make its debut on Discovery+.

Why don’t we just create a new streaming service called Psychopaths+ and call it a day?