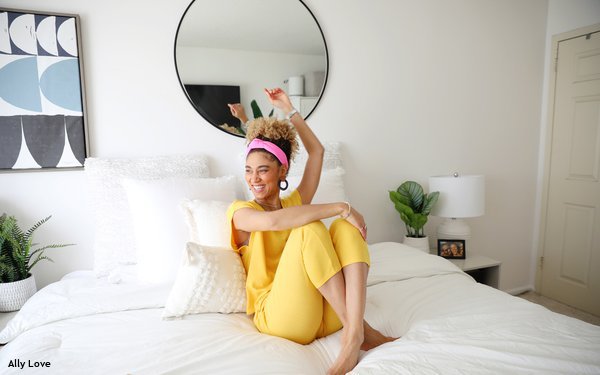 Lowe's knows how much consumers had come to value their homes and yards this last year. And to keep that connection going, it's throwing its first-ever Spring Fest, including a staycation-inspired campaign with Ally Love, the Peloton lifestyle guru.

The idea is both big and simple: Lowe's wants to help people turn their homes into the ultimate destination.

"This is our prime time," says Marisa Thalberg, Lowe's executive vice president, chief brand and marketing officer, in a virtual press conference announcing the promotion. "We've got a smart, sequential approach to making a big statement about who we are and who we intend to be."

The Mooresville, North Carolina-based retailer says the event includes free curbside Garden-to-Go  kits and project inspirations meant to transport people elsewhere -- even when they're not inclined to travel.

In part, Thalberg says the new effort stems from research done with Morning Consult, the global data intelligence company. In the study, 85% of the 2,000 homeowners surveyed now see home as a sanctuary. And they like their newfound DIY roll, with 90% of those reporting that they did at least one home-improvement project and will  do it again this spring. And 55% say they intend to upgrade their ability to entertain outdoors.

Still, even as many look forward to post-pandemic adventures, they're not in a rush: Some 70% say they don't plan to travel this spring.

Hometrip, the travel component of the campaign, is key, and Lowe's says almost 40% are striving to recreate travel experiences at home. Love, who is the founder of Love Squad and host of Brooklyn Nets and a Peloton instructor, redoes her New York nest with Miami-inspired products.

"People will start to get out and do more," Thalberg says. "But they want comfort, sanctuary, enjoyment and utility at home." She says a year of turning garages into gyms and dining rooms into offices has made consumers appreciate home flexibility in new ways.

In a Q&A session, she says marketing will build on the retailer's 100th anniversary and its ongoing "100 Hometowns" initiative.

In addition to kick-off TV spots, follow-up marketing will focus on key brands and value, relying on radio, social, digital, and performance markets.

"We're excited to drive a 360-degree experience not just for consumers, but for our Pro customers as well," says Thalberg.

Events will include in-store paint demos with Sherwin-Williams. The weekly Garden-to-Go kits, which require preregistration, include vegetable recipes, mystery seed packers, saplings to plant on Earth Day and advice for attracting butterflies.

Other research shows there's good reason for Lowe's optimism about people's continued DIY pep. GlobalData, for example, says that during the fourth quarter of 2020, 62% of people did at least one project in the home or garden, an increase from 49% during the same period in 2019.

The research company attributes that increase to consumers spending more time relaxing at home -- as well as the benefit of stimulus payments, especially among younger shoppers.

Wall Street experts also continue to be bullish on the DIY economy. Lowe’s strong fourth-quarter results continue to outpace The Home Depot, writes Seth Basham, who follows both retailers for Wedbush Securities. He expects both chains to continue to gain from stimulus spending and  "a red-hot-housing market and a return to normalcy" -- though likely not until late 2021.