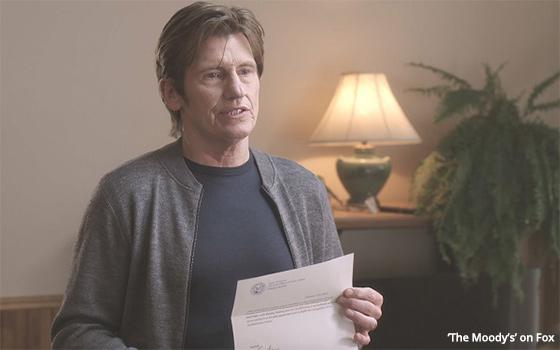 The Fox Denis Leary sitcom called “The Moodys” returns this week for its second season, although it is reasonable to suspect that most people have forgotten it had a first one.

That’s because the first season aired way back in December 2019 and consisted of just six episodes. As a matter of fact, classifying six episodes as a full-fledged TV “season” is a matter of opinion.

The TV Blog’s stand on this not-very-hot issue is no. The view from here is that a series of episodes amounting to only six does not constitute a “season” for the simple reason that the word “season” in this context has long referred to a greater length of time.

These timespans include TV seasons that stretch over many months and many more episodes than six, sports seasons (from professional to Little League) that last for months, and live-performance seasons such as theater, opera, ballet and others.

Even the four seasons -- winter, spring, summer and fall -- are each three months long. Perhaps they should serve as the standard definition for all seasons -- basically, a length of time lasting at least three months.

And yet, the TV industry insists on labeling anything as a “season.” Where “The Moodys” is concerned, this second season is made up of eight episodes, according to a Fox publicist.

Two of them are scheduled to air back-to-back this coming Thursday night on Fox. This eight-episode season ends on May 13. The season, therefore, will last seven weeks.

This is the way the business is now: TV shows of all shapes, sizes and lengths come and go, on so many platforms at such a fast pace, that there is little or no time to form the old bonds of loyalty, based on weekly repetition, that turned so many of our old shows into shared, community experiences.

“The Moodys” is the kind of show that might have benefited from the old way of doing things. In the show, Leary (pictured above) is a dad in the snowy Chicago suburbs with a wife (Elizabeth Perkins) and three grown children.

The show is about their everyday lives. The grown children are struggling with young adulthood, and their parents are managing the aging process. It is basic sitcom stuff, and the cast succeeds in putting it across.

In fact, “The Moodys” is a high-quality sitcom that is better than many that have stuck around for years in first-run and then went into syndication. So how about it, Fox? Please consider making more “Moodys.” Or, to coin a phrase, the more the moodier.

The second season of “The Moodys” starts Thursday (April 1) at 9 p.m. Eastern on Fox.