'Nomadland' Tells The Truth About America 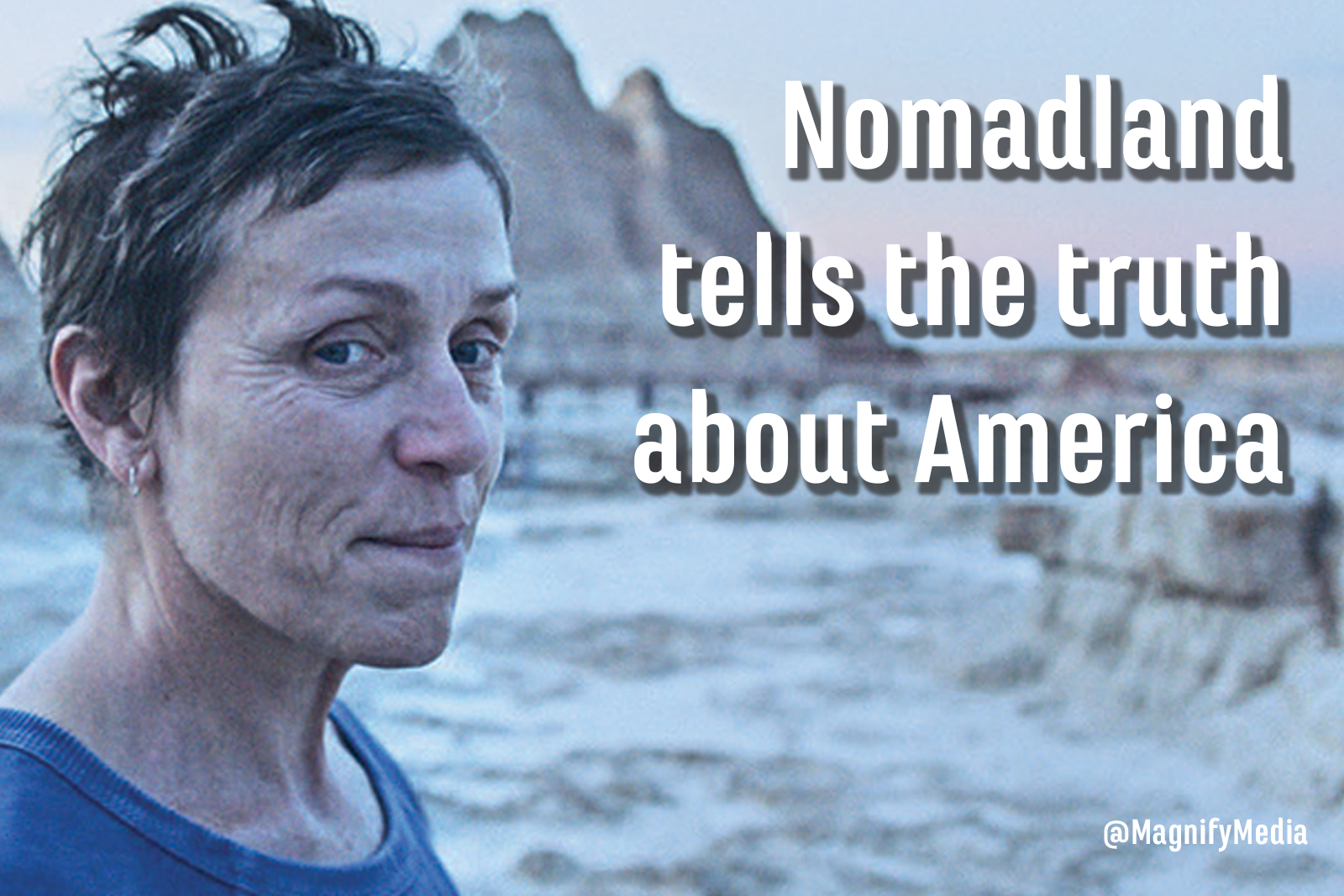 “Nomadland” is going to win the Academy Award for best picture. Period. Full stop. And it should.

If you haven't seen it, you should watch it tonight. It's on Hulu or in theaters. Totally your choice, and Hulu has a seven-day free trial.

Why should it win the Oscar? Because it is very much about what's going on in the world today.

It also puts a new film genre on the map as an extraordinary piece of docu-fiction. The idea of a fictional script “based on a true story” isn't new, but director Chloé Zhao takes the form to a whole new level. Zhao and DP Joshua James Richards took their production out on the road and traveled with the characters who make up the backbone of “Nomadland” -- people who reject the label of homeless and instead call themselves “houseless.”

The film began as a magazine article by Jessica Bruder for Harper’s. (You can read the article here.) The article became a book, and the book then became a movie, optioned by actress Frances McDormand's production company. McDormand stars as a fictional protagonist who interacts with real-life nomads who were featured in Bruder's book.

The weaving of fiction and nonfiction is seamless and gripping. McDormand's character, Fern, wanders through the open wilderness and desert encampments, reaching beyond the documentary form to coax people to tell their stories.

But why does the film feel so urgently relevant today? After her husband dies, Fern leaves her home in Empire, Nevada, which has become a corporate ghost town. She's looking for the freedom of the open road and a community she can connect with. She finds Bob Wells, the organizer of Rubber Tramp Rendezvous, a gathering of transient American seniors who follow seasonal employment and live out of their vans and RVs.

As a filmmaker, you have to pick the focus of your film, Zhao focuses on the characters and their stories. Questions about the gig economy aren't directly addressed, but hover over the entire story. People are working as seasonal workers for Amazon through CamperForce, a program in which the company hires older adults living in vans for the Christmas shopping season, providing a parking space and an electrical hook-up.

From Amazon, Fern moves on to harvesting sugar beets in North Dakota. This is the definition of migrant worker. Survival on the road costs money: gas, food, campground fees, van repairs, the pressure to keep warm in the winter.

"I think of an analogy as a workhorse -- the workhorse that is willing to work itself to death and then be put out to pasture. And that's what happens to so many of us. If society was throwing us away and sending us, the workhorse, out to the pasture, we workhorses had to gather together and take care of each other.

"And that's what this is all about. The way I see it is that the Titanic is sinking, and economic times are changing. And so my goal is to get the lifeboats out and get as many people into the lifeboats as I can."

This is a film about aging Americans who find themselves past retirement age without the economic resources to retire. As Bruder explained in the Harper’s article: "Nearly 7.7 million Americans sixty-five and older were still employed last year, up 60 percent from a decade earlier. And while 71 percent of Americans aged fifty to sixty-five envision retirement as ‘a time of leisure,’ according to a recent AARP survey, only 17 percent anticipate that they won't work at all in their later years."

So now is the time for this film to get noticed. Frances McDormand is amazing, but the stars of the film are the real peoples whose stories are told—Linda May as Linda, Swankie as Swankie, Bob Wells as himself.

Bruder found the story and told it honestly. Zhao took the reporting and turned it into an honest, powerful doc-fiction. And audiences everywhere will be drawn in by the humanity and the sense of quiet desperation of the grinding American economy.

I can't wait to see the film win on Oscar night on April 25.