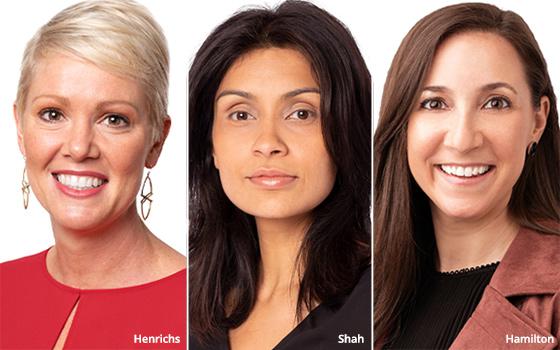 Colle McVoy is bolstering its leadership team with several new appointments as the agency prepares for the post-pandemic landscape.

Under the reorganization, Jessica Henrichs, current managing director, head of client growth, will expand her oversight across all disciplines as president. This senior-level role is a new direction for the agency. No one has held the role there since 2013. Henrichs, who joined the agency in late 2019 reports to CEO Christine Fruechte.

Over the last year, Henrichs helped lead the agency through the tough pandemic landscape and is credited with attracting more than a dozen new clients, such as AccuWeather, Anytime Fitness, Burnett Dairy, Credit Sesame, CrossCountry Mortgage, Schwan’s Home Delivery and U.S. Bank.

Puja Shah is promoted to group creative director to sit on the creative leadership team and expand her remit across the entire agency and its client roster.  During her four-year tenure at Colle McVoy, Shah has led projects for 3M, Anytime Fitness, Associated Bank, Invisalign, and others.

Fruechte credited the three executives with being “instrumental in shaping our continued evolution and growth.”