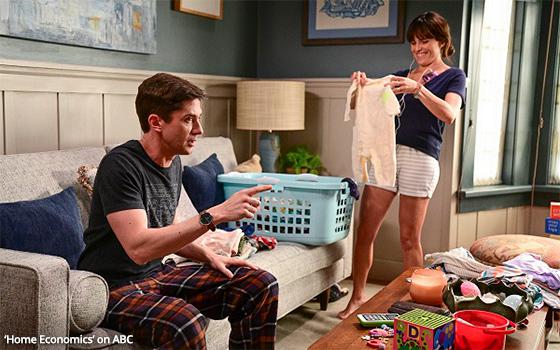 That is a thought that often crosses my mind when I set up a screener for a new sitcom on my laptop in anticipation of my day’s assignment -- which is often watching and then reviewing a new TV comedy.

And it truly is amazing how seldom that silent -- and, yes, optimistic -- request to “make me laugh” goes unfulfilled.

Perhaps comedy is just that difficult. In my own personal TV history, the list of network TV sitcoms that have actually made me laugh out loud is short indeed.

They include “Frasier” (probably No. 1), “Seinfeld” and “Modern Family.” If there have been others, then they are not coming readily to mind.

That list comprising only three shows is instructive. It has me thinking that perhaps my expectations for TV comedies are too high, and they have been too high for a long time.

It may be the classification of these shows as “comedies” that throws me off. Like others of my generation, I was raised on the Three Stooges, Looney Tunes and Mad magazine.

When encountering and consuming these slapstick media, they never gave you any reason to doubt they were comedy. Although one or more of these three might not be to everybody’s taste, they were comedy with a capital “C.”

The vast majority of today’s TV comedies -- such as the one being reviewed here called “Home Economics” premiering this week on ABC -- are not exactly side-splitting.

For the most part, they depict slices of life. They are gentle, subtle and seemingly designed to avoid giving offense at all cost. They are anything but daring.

“Home Economics” is a case in point. It is a show about three grown siblings -- two brothers and a sister -- one of whom (the one played by Topher Grace, above photo left) is a novelist who serves as this show’s some-time narrator and the teller of this family’s story.

In the series premiere, we meet all three of them and get a look at each of their domestic lives. The novelist is the middle child, the eldest sib is the sister who is married to another woman, and the other brother is financially successful and wealthy.

Income disparities between these three grown children form the basis for the show, at least in part. Hence the title “Home Economics.”

The show’s premise is that although these siblings bicker about subjects such as money or Thanksgiving plans and the like, in the end, love conquers their petty jealousies and resentments.

There is nothing particularly wrong with TV comedies that take a decidedly mild approach to telling their stories. “Home Economics” is not vulgar, and the characters are reasonably likable.

All the same, mild cheese is OK for some people, but for those who prefer their cheese sharp, “Home Economics” has no bite.