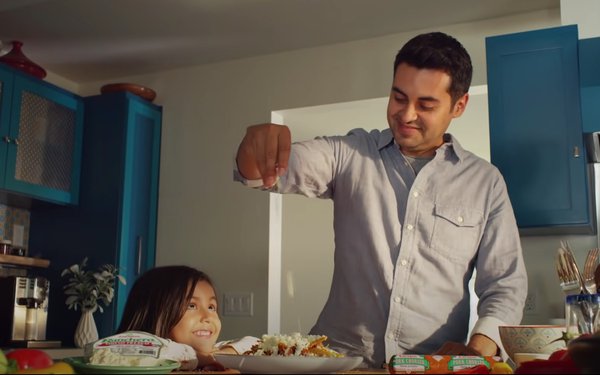 Despite the widespread popularity of Mexican foods, the nearly 50-year-old Cacique brand is “only just scratching the surface” of household trial and repurchase.

Upon its launch in 1973, Cacique introduced the fresh cheese known as queso fresco to the Los Angeles market. The company says it’s now the #1 brand of Mexican-style cheeses, chorizos, cremas and yogurt smoothies.

“When you look at Mexican as an ethnic food, it’s the most popular type of food for consumers between the ages of 18 and 52. And even for older consumers it’s right there with Italian food for most popular,” Cacique vice president of marketing Brian Ricci tells Marketing Daily. “Having said that, we are only just scratching the surface as far as the number of households that regularly consume our products and participate in our categories.”

Cacique’s campaign is called “Your Auténtico Awaits” and it’s targeted to Mexican food enthusiasts and what Ricci terms “look-a-like” consumers based on demographics, psychographics and other research.

This 30-second spot promises to “take you to a place you’ve been craving, where the aroma of authenticity turns into the scent of home.” The voiceover then encourages viewers to add their own “flair” to home-cooked dishes.

According to Ricci, look-a-like consumers like the flavors of Mexican foods and have a “zest for life” that encourages them to personalize meal experiences.

“From a food consumption standpoint and what they do at home preparing food, these consumers look a lot like our core consumers -- with the big difference [that] they’re not really participating in our categories right now.”

The campaign is running on digital platforms plus connected television, regional cable and network TV and in-store media.

Agencies involved in the campaign are Gallegos United and Hunter.