The Kiuertgflop Is The Message: TBWA Uses Gibberish To Fight Illiteracy 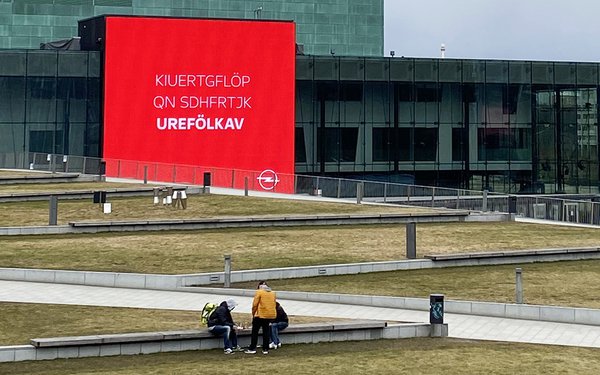 If you don't know what kiuertgflop means, don't worry, nothing was lost in translation. Even if you happen to speak Finnish, you wouldn't be able to make out the copy on out-of-home media locations TBWA placed around Helsinki to promote client World Vision's new campaign to fight illiteracy. That's because it is just gibberish intended to get the attention of passersby and get them to scratch their heads and think, "What if I couldn't actually read that?"

The ads, which appeared in several of Finland's largest cities over Easter weekend, were amplified via an influencer campaign on social media posts to draw attention to a text-based campaign based entirely on unreadable gibberish.

"The illegible texts raised a lot of questions and astonishment among Finns," noted an agency spokesperson, adding, "The ads, which were even suspected to be faulty, sparked active discussion in the news and on social media."

“Education, learning and literacy are basic rights of every child and that is why we decided to take it upon ourselves to raise awareness on this issue," explains Sini Tiensuu, marketing manager of World Vision Finland, adding, 'Advertising campaigns of non-profits often focus on fundraising but this time we wanted to do something different. By bringing the experience of illiteracy to advertising we were able to raise awareness and the much needed discussion around the issue.'

The campaign follows an ongoing pandemic that World Vision says has exacerbated the problem of illiteracy, because "hundreds of millions of children and youth outside the education system due to the lack of remote studying opportunities. The biggest threat however lies in the aftermath of the pandemic as many children and youth are most likely to never make it back to school." 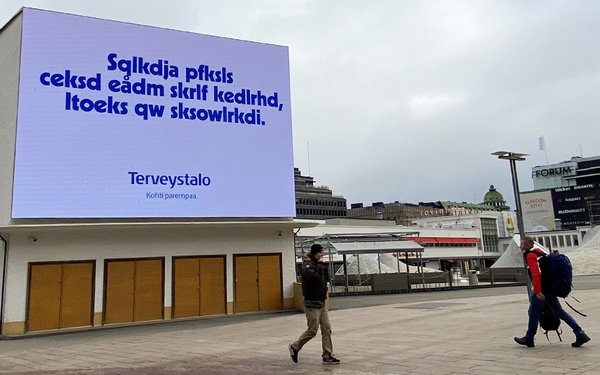