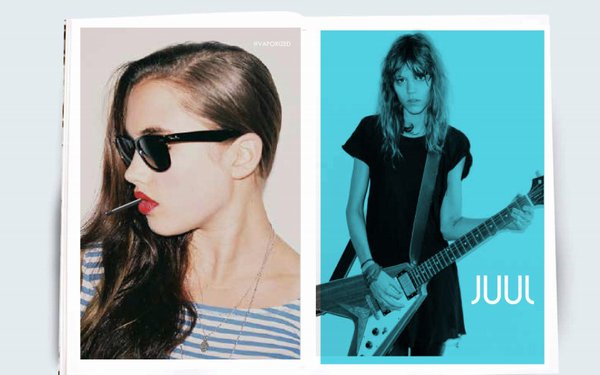 On Tuesday, a federal judge in San Francisco rejected Altria’s and Juul’s attempt to dismiss racketeering claims that include Juul allegedly marketing its products to teenagers, as reported by Bloomberg.

In addition, a trial that was scheduled to begin this week in a Federal Trade Commission complaint against Juul and Altria—which acquired a 35% stake in Juul for $12.8 billion in 2018—will proceed in June. The FTC alleges that Altria and Juul eliminated competition in the e-cigarette space in violation of antitrust laws.

In the San Francisco case, last October the judge dismissed claims against Altria and Juul from consumers, local governments and school districts. The plaintiffs subsequently amended their filing under the Racketeer Influenced and Corrupt Organizations Act—a move the judge approved on Tuesday.

The plaintiffs are now seeking to hold Altria, the founders and directors of Juul liable for their alleged transgressions.

As of last month, nine individual states had pending legal actions against Juul, according to Cowen and Company. All but one pertain to Juul’s alleged youth-marketing tactics.

In February of 2020, 39 states launched a joint investigation into whether Juul was “marketing its addictive nicotine products to children,” according to Cowen.

Massachusetts was the first state to go after Juul. In July of 2018, attorney general Maura Healey announced an investigation backed by documents from Juul’s original marketing plan.

Healey alleged that Juul “intentionally chose models and images that appealed to young people” and that the company advertised its products “on websites geared toward kids.”

On Feb. 12 of 2020, her office sued Juul and its predecessor, Pax Labs Inc., for allegedly “creating a youth vaping epidemic by intentionally marketing and selling its e-cigarettes to young people.”

Healey alleged that Juul “illegally advertised and sold nicotine products to underage youth and created an epidemic of nicotine addiction among young people.”

According to the U.S. Food and Drug Administration, there were 3.6 million current users of e-cigarettes among middle- and high school-students in 2020.

Back to the FTC suit. In its original complaint filed on April 1, 2020, the FTC alleged that as competitors, Altria and Juul monitored each other’s e-cigarette prices closely and tried to out-innovate each other.

“Although early competition resulted in Altria’s MarkTen e-cigarette becoming the second most popular brand by market share, by late 2018, JUUL vaulted past the industry leaders Altria and Reynolds to become the leading e-cigarette company in the country,” according to the complaint. “The Commission alleges that Altria dealt with this competitive threat by agreeing not to compete in return for a substantial ownership interest in JUUL.”

Weeks after Altria declared its intention to wind down its e-cigarette business, Altria and Juul announced their $12.8 billion deal, which included an agreement that Altria would not compete with Juul for six years, according to the FTC.

According to Morningstar analyst Philip Gorham, Altria has written down the book value of its investment in Juul three times and “the carrying value is now just $1.6 billion.”

Under the terms of the original deal, “If the book value were to fall to $1.28 billion, Altria would again be free to commercialize its own vaping products,” Gorham wrote on Feb. 1.

A Juul spokesman declined to comment on both the San Francisco case and the FTC complaint. Marketing Daily reached out to Altria but had not heard back by deadline.