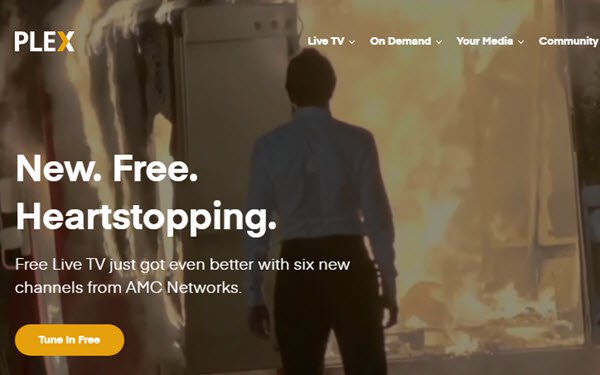 Ad-supported multimedia streaming service Plex — which reports 25 million registered users across the U.S. and 192 other countries — has secured an additional $50-million round of funding from existing investor Intercap.

The financing includes about $15 million in new capital, with the rest to be used to purchase shares and options from employees and other shareholders.

Plex, focused on being a one-stop shopping and access hub for movies, TV and other on-demand and live entertainment media through a single interface, says it will use the funds to expand ad sales, as well as enhance personalization capabilities.

Launched in 2009 as a platform for cataloging and hosting local media libraries, Plex added AVOD in 2019 and free live TV in 2020.

Plex has said it intends to keep its ad load to about a third of traditional TVs, to optimize the user experience.

The platform allows users to organize their content and media, and includes custom recommendations and discovery features.

“Our job is to understand where everything is, whether it’s from our free library of movies and shows, a subscription service, live on TV, or something you can purchase, and for Plex to be the trusted go-to service to help you find what you want, when you want it,” sums up Plex CEO Keith Valory.

Given that multimedia integrated-platform mission, one might think that Plex would view a platform like TiVo as its main competitor. Instead, Valory is focused on taking on AVODs like Fox’s Tubi and ViacomCBS’s Pluto TV, he told Variety.

The new funding will allow Plex to increase investment in its rapidly growing AVOD business — which, with greater scale, should yield margins of 40% to 50%, given its revenue-sharing content deals, he said.

The privately held company has been cash-positive since 2014, according to Valory.

Plex apps are available for Android and iOS and the leading connected devices and smart-TV brands.

Inclusive of the new infusion, the company has raised more than $60 million to date from Intercap, Kleiner Perkins and others.