Court Sides With YouTube In 'Censorship' Battle With 'Misandry Today' 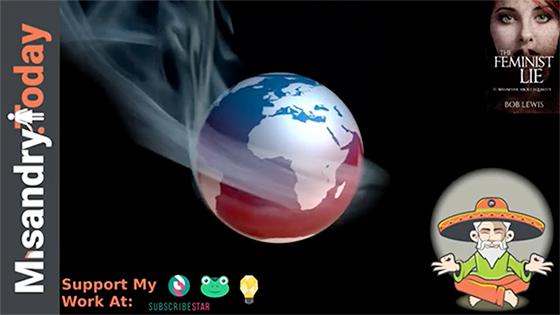 Siding with Google, a federal appellate court refused to reinstate a lawsuit by commentator Bob Lewis, who claimed the company violated his rights by demonetizing some of the videos on his YouTube channel, Misandry Today, and restricting or taking down others.

The dispute dates to 2019, when Lewis sued Google for allegedly "censoring" his speech.

One of the demonetized clips argued that “antifa” is a terrorist group that targets children.

Another described former Rep. Steve King (R-Iowa) as "the latest victim of left's campaign to discriminate against anyone based on their traditional American values."

That clip was posted after King was removed from his committee assignments, which occurred soon after he commented to The New York Times: “White nationalist, white supremacist, Western civilization -- how did that language become offensive?”

Among other claims, Lewis said Google violated his First Amendment rights, and violated the federal civil rights law by discriminating against him based on his “national origin as a patriotic American citizen who supports American tradition and culture.”

Google argued that the lawsuit should be dismissed at an early stage for numerous reasons, including that the First Amendment doesn't prohibit private companies like itself from restricting content. Google also said Section 230 of the Communications Decency Act immunizes the company from lawsuits over its content moderation decisions.

Kim sided with Google and dismissed the lawsuit in May of 2020. Lewis then asked the 9th Circuit to reverse Kim's order and revive the case.

On Thursday a panel of the 9th Circuit Court of Appeals upheld Kim's order dismissing Lewis's lawsuit. The judges wrote in an eight-page order that YouTube isn't a “place of public accommodation” for purposes of the federal anti-discrimination law.

The judges also reiterated that the First Amendment prohibits the government from censoring speech, but doesn't prevent private companies from exercising editorial discretion.

Lewis isn't the only one to sue a tech company over its content policies. Numerous others, including Prager University and Freedom Watch have also claimed they were “censored” by tech platforms.

So far, judges have ruled that web companies have the right to decide how to treat content on their platforms. Last year, for example, the 9th Circuit Court of Appeals refused to reinstate a lawsuit by Prager University against Google for allegedly censoring conservative clips on YouTube.