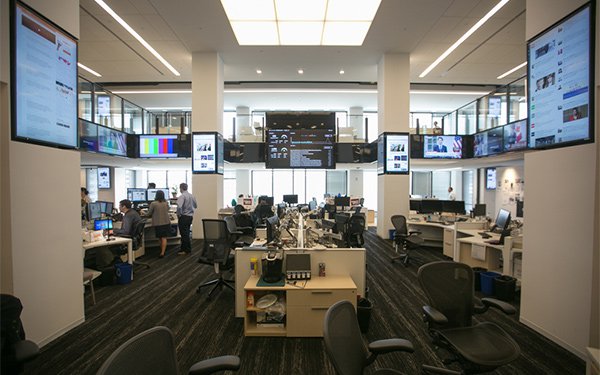 The Media Insight Project has answered a critique of its study on consumer trust in media by distancing itself from some of the more dramatic coverage of the report.

The study was reported with headlines that emphasized “Bad News for Journalists,” with stories suggesting Americans do not share journalism’s core values.

But Joshua Benton argued on NiemanLab that “a few arbitrary research design decisions put a thumb on the scale.”

Benton contended that, based on this data, “there is no reason to believe that Americans have somehow abandoned the basic values of democratic governance, or that we noble journalists are left to fight the lonely fight for accountability.”

Some of the coverage infers “something the work does not suggest -- an implied criticism of the public for not embracing journalism’s values or some inference criticizing journalists for having these values,” it says. “Nowhere does the study suggest either. Nor do we think it.”

To understand how some reporters may have missed the nuances, one must first grasp the Media Insight Project’s methodology.

The Media Insight Project reports that, instead of putting stress on a single question or comparing two questions to other, it utilized a common best practice -- asking people their reactions to “a battery of both multiple positive and negative statements around the same concept and then combined those results into a score weighting the battery or questions together.”

Among the studies to use this technique is Moral Foundational Theory.

The goal of the media study was to open “a new door into understanding the question of trust in the news media in the same way that moral foundational theory introduced a new way of understanding politics -- around underlying values,” the project says.

It continues, “We used the same methodological approach as moral foundational theory does so we could match the findings. That methodology is well understood and accepted in the research community. It may be new to the study of trust in journalism. But it provides a much more robust way of understanding the data.”