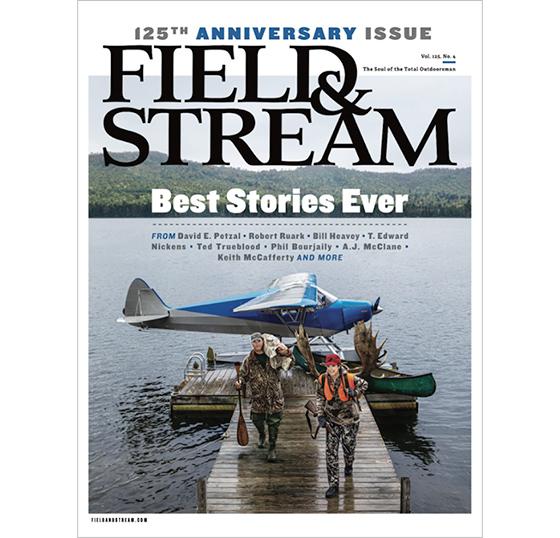 Editor-in-chief Colin Kearns writes in a post that “Field & Stream is going to be a digital magazine.”

Countless publications have already taken that step. But Kearns explains what it will mean to Field & Stream readers, a hearty breed judging by the pub's content.

“For starters, instead of having issues delivered to your mailbox, they’ll conveniently come to where you already consume so much F&S content every day — to your phone, tablet or computer,” Kearns writes.

“A digital edition also lends itself to a sleeker and more interactive design than a print magazine ever could, opening the door to video, audio, animation and other dynamic add-ons that will enhance your experience with the magazine,” he adds.

Finally, subscribers will also get “access to the F&S archives where you can enjoy many of the best and most famous stories from the history of the magazine.”

In addition, subscribers will also get a bonus subscription to the all-new digital edition of Outdoor Life magazine, Kearns notes.

The decision to go digital was apparently not taken lightly.

In his 125tth anniversary column, Kearns “reflected on how rare it is for a magazine to survive, and thrive, for that long. I also shared that I wasn’t entirely sure what the next phase of Field & Stream’s legacy — the beginning of the next 125 years, if you will — would look like.”

But he promised “whatever changes were in store for F&S, they would never change our commitment to great stories — to writing so good, it lives forever.”