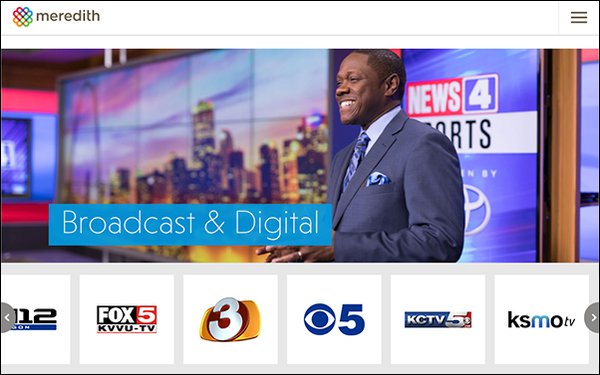 Meredith is selling its Local Media Group, comprised of 17 TV stations, to Gray Television Inc. for $2.7 billion in cash, the publisher announced on Monday. The deal is expected to close in Q4 2021.

Moving forward, Meredith will focus on its digital and print brands, including People, Better Homes & Gardens and Allrecipies

As part of the change, National Media Group’s will be spun out to shareholders as a standalone company under the Meredith Corporation name. Shareholders will receive a cash consideration of roughly $14.50 per share.

Meredith will invest to accelerate its digital growth and leverage its first-party data “to deepen engagement with consumers across multiple platforms,” Harty adds.

The company organized under two reporting segments: Digital and Magazine. In addition, Meredith will remain headquartered in Des Moines, Iowa, and Harty will continue as chairman-CEO.

The National Media Group saw a 21% in digital ad revenue in Q3. Digital has surpassed magazine revenue for two consecutive quarters and is on track to exceed print revenue for fiscal 2021 “for the first time in our history,” Harty said last week.