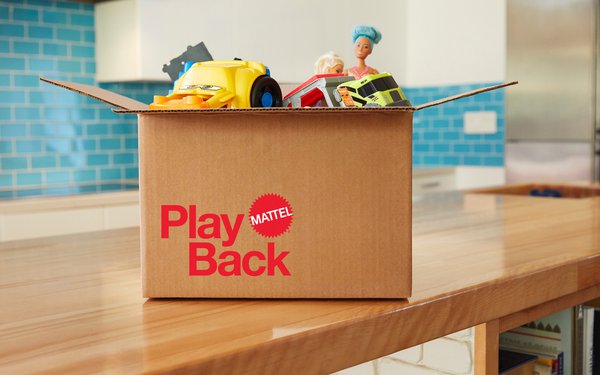 There can be no doubt about Mattel’s eagerness to connect with younger parents. The company is leaning into two of Gen Z’s favorite interests, first with a novel new toy takeback program aimed at reducing its use of plastic, and second with a special-edition UNO card game linked to Pride Month.

The company says Mattel PlayBack is meant to recover and reuse materials from old Mattel toys to make new ones. The campaign is part of its effort to reach its 2030 goal of using 100% recycled, recyclable or bio-based plastic materials.

The El Segundo, California-based company says people can visit its site to print a label for free shipping and mail in toys their kids have outgrown. For now, it’s accepting Barbie, Matchbox and MEGAtoys, but says it intends to add more brands in the future.

LEGO launched a similar program, called Replay, in 2019. The NPD Group reports that toy companies around the world are getting increasingly more serious about environmental initiatives.

It’s top of mind for young parents, who are looking for ways to use less plastic whenever they can. NPD Group reports that global sales of wooden toys for preschoolers, typically made from either reclaimed wood or from managed forests, have increased 34% in the last three years.

A Mattel spokesperson declined to comment on marketing plans for the new effort.

Last month, it announced changes to the Matchbox line, including better plastics. And it debuted the Matchbox Tesla Roadster, a die-cast car vehicle from 99% recycled materials.

The company introduced several toys made from bio-based plastics last year, including the Fisher-Price Rock-a-Stack and Baby’s First Blocks, MEGA Bloks sets and a version of UNO without any cellophane.

The initiatives come at a moment of pandemic-fueled growth for Mattel. Last month, it announced a quarterly sales gain of 47%, to $874 million. And its net losses improved to $115 million.