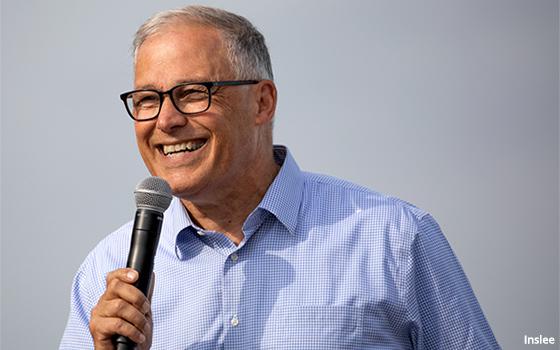 “We have ended all restrictions on public broadband in Washington state,” Rep. Drew Hansen, sponsor of the bill, tweeted Thursday afternoon.

With the move, Washington joins four other states this year that have lifted curbs on municipal broadband, according to BroadbandNow, an organization that offers information to consumers about internet providers.

But 17 states continue to impose restrictions that hinder local governments from creating their own broadband networks.

The White House has endorsed municipal broadband as part of a plan to expand service throughout the country, and the infrastructure plan includes prioritizing support for local networks, including those run by municipal governments and nonprofits.

“Municipal networks should be legal everywhere, and the big providers should have to compete with them,” the organization stated.

The cable industry, which has often lobbied for state restrictions on municipal broadband, has argued against the White House's plan to expand government-owned networks.

But incumbent cable and telecom companies tend to argue that private companies should run broadband networks.

Michael Powell, president and CEO of the cable lobbying group NCTA--The Internet & Television Association, stated earlier this year that the administration “risks taking a serious wrong turn in discarding decades of successful policy by suggesting that the government is better suited than private-sector technologists to build and operate the internet.”

In 2015, the Obama-era Federal Communications Commission voted to invalidate state laws that prevented municipal governments from building fiber-optic networks. A federal appellate court struck down that move the following year, ruling that the FCC lacked the authority to override states' decisions about how cities and towns provide web service.