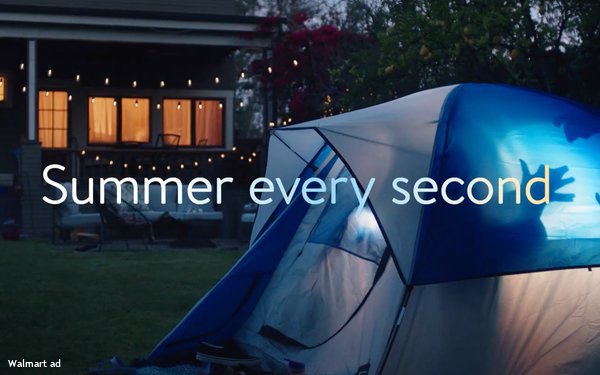 "Our optimism is higher than it was at the beginning of the year," Doug McMillon, Walmart's president and CEO, says in its announcement. "This was a strong quarter. Every segment performed well, and we're encouraged by traffic and grocery market share trends. In the U.S., customers clearly want to get out and shop."

Walmart's results beat expectations, and the company raised its forecast for both the coming quarter and the full year, citing strong spending in multiple categories.

Total revenue for the Bentonville, Arkansas-based chain climbed 2.7% to $138.3 billion, with comparable sales in the U.S. advancing 6%. U.S. ecommerce sales jumped 37%, the slowest gain yet in the pandemic era. Operating income jumped 32.3% to $6.9 billion.

Charlie O'Shea, vice president at Moody's, who follows Walmart for Moody's, says the results "continue to place it in the extreme upper strata of global retail."

The Home Depot benefited from what its execs describe as "unprecedented demand for home improvement projects." Its revenue shot up 32.7% to $37.5 billion for the first quarter of its fiscal year. On a comparable sales basis, U.S. sales rocked a 30% increase. Net incomes soared more than 84% to $4.15 billion.

Jaime M. Katz, an analyst who follows the retailer for Morningstar, says that robust sales growth at the Atlanta-based company beat Morningstar's forecast by $4 billion. She cites heavy-duty buying gains as consumers took on big-ticket projects, including increases in the average ticket price, up 10%; the number of customer transactions, up 19%; and sales per square foot, up 30%.

More impressive, she writes, are its gains in profitability. "And the firm continues to capture market share, with its top line outpacing building material and garden equipment and supplies industry growth."

Even with ongoing weakness in tourism, Macy's also outdid expectations and raised its targets for the full year. Sales rose to $4.7 billion, up from $3.02 billion in the prior year. Comparable sales jumped 62.5%. And net income rose to $103 million, compared to the staggering $3.56 billion loss it posted in the year-ago period.

Digital sales grew 34% from the first quarter of 2020 and now represent  37% of net sales. And the company says it brought in 4.6 million new customers.

"These results were driven by the positive effects of the government stimulus program and expanding vaccine rollout," says Jeff Gennette, chairman and chief executive officer, in Macy’s announcement. It also reflects the accelerated execution of its recovery efforts, including investments in digital platforms.

Gennette points to gains in multiple departments as evidence that people are eager to re-engage with the world again. "Customers are shopping categories that have been strong throughout the pandemic, including home, fine jewelry and watches, fragrance and luxury items. And we're encouraged by the improvement we're seeing in special occasion categories as customers begin to travel and return to a pre-pandemic lifestyle."

While the results did beat forecasts, some observers think Macy's is still unlikely to shake off the struggles that have dogged the department store for years.

This quarter's results "show the company is making up some ground that was lost during the pandemic," writes Neil Saunders, managing director of GlobalData, in his note on Macy's performance. "But Macy's is still a retailer in long-term decline."

While government stimulus checks boosted sales in such categories as home and jewelry, he does not believe those gains are sustainable. "The underpinning factor for our hopelessness around a long-term recovery at Macy's comes down to the lack of clarity and effort in the proposition. We are not entirely convinced that Macy's is up to the job of reinventing itself."