'Friends' Reunion Belongs On Free TV, Not Behind A Paywall 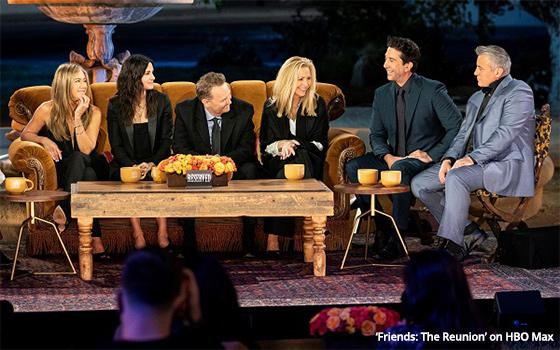 More than 52 million viewers were estimated to have shown their love for “Friends” by watching the series’ one-hour finale on the night of Thursday, May 6, 2004, on NBC.

It is for those tens of millions that this week’s once-in-a-lifetime reunion of the show’s six beloved stars will have the most resonance.

But unfortunately, the reunion of Ross, Rachel, Chandler, Monica, Joey and Phoebe for which millions have waited 17 years to experience will be out of reach for many behind a subscription paywall that symbolizes how much television has changed since "Friends" ended its 10-season run.

Once upon a time, putting this reunion special on free, advertiser-supported network television -- the kind of TV available to everyone regardless of wealth, class or status -- would have been a no-brainer.

That’s because network television -- specifically, NBC -- is the medium responsible for the success of “Friends” in the first place.

Without the support and exposure offered by that "platform" (a word that was not in wide use in this context in 2004), "Friends" would likely have never had access to the kind of mass audience that made it such a huge hit.

And without that success, it never would have earned such a widely anticipated reunion special for which its six stars -- David Schwimmer, 54, Jennifer Aniston, 52, Matthew Perry, 51, Courteney Cox, 56, Matt LeBlanc, 53, and Lisa Kudrow, 57 -- are reported to have been paid $2.5  million to $3 million each.

But unfortunately, "Friends: The Reunion" will be available, starting today (May 27), only on HBO Max, the ad-free WarnerMedia streaming service that costs $14.99 a month. That might seem like an OK price to pay to binge-watch "The Sopranos" or "The Wire" or "Game of Thrones."

But "Friends" and shows like it -- namely, the kinds of mass-appeal shows on the broadcast networks that drew huge audiences in the 1990s and 2000s (compared to today) -- are not in the same category as those HBO legends of yore.

The main difference being: You had to pay to watch those HBO shows in their first runs. But not "Friends."

Today, however, this “Friends” reunion show is being used by WarnerMedia (which owns the show because Warner Bros. was the studio where "Friends" was produced) to help drive subscriptions to HBO Max, where it will be seen by a mere fraction of the millions who used to watch typical weekly episodes of "Friends" on NBC.

And it is not as if WarnerMedia would not have made a pile of money by, say, partnering with NBC to produce and air this reunion on the network -- with commercials that would have sold at a high price.

NBC would likely have paid a high price to the studio for that opportunity. And after the show aired on NBC once or twice, HBO Max could then have it forever.

"Friends: The Reunion" is an "event" special of the type that belongs on free TV, not behind a streaming subscription paywall.

“Friends: The Reunion” starts streaming on Thursday (May 27) on HBO Max.