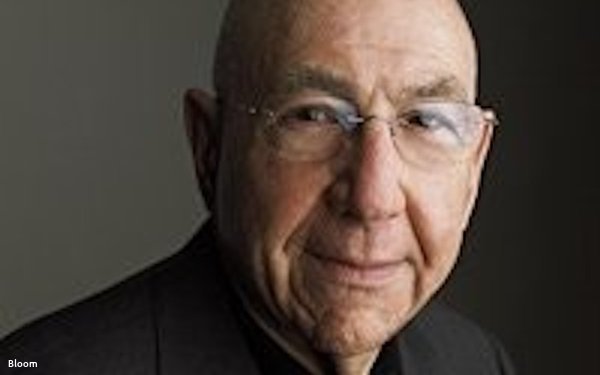 The history of the ad industry is replete with titans like David Ogilvy, the Saatchis, and Jay Chiat. They built, shaped and transformed the industry that we’re all working in today, and still have their names represented on agency nameplates.

Well, we just lost one of our titans. Dallas native and true legend of the advertising business Bob Bloom passed away this past weekend at the age of 87. My heart goes out to his family, particularly his son Sam and daughter Laura.

Bob was the longtime CEO of The Bloom Agency, a Dallas-based regional powerhouse in the ad agency world, with clients like Zales, Scott Paper and Pentax cameras, and later CEO and chairman of Publicis USA, the result of the 1991 Bob Bloom-engineered merger of Bloom and Publicis, the Paris-based global agency company.

Bob started in the advertising business and joined The Bloom Agency in the mid-1950s. It was then a few-year-old start-up that his father had founded. Bob took over the helm of the agency in 1962.

He was a character who worked hard to create a fun place to work. As then-CEO of MARC USA David Hadeler noted in a 2002 interview, “You’d be sitting in meetings with guys in suits and others wearing tie-dyed T-shirts and sandals.”

As son Sam Bloom, CEO of Dallas-based Camelot Strategic Marketing & Media, told The Dallas Morning News, Bob “had a lot of vision and caught two waves” in the advertising business: regional expansion with the growth of the Sun Belt, and then globalization. His daughter Laura, a top marketer at 7-Eleven and Belo, told the paper that “Dad could see two stop signs ahead.”

Bob knew that scale was critical if an agency wanted to truly provide full-service capabilities to its clients in its fast-growing market, and was aggressive in the ‘60s, ‘70s and 80s in growing his agency from a mid-sized regional shop into a true, regionally anchored national player through acquisitions and winning new business.

Then, in the early 1990s, Bob realized that to truly be a top player, you needed to be global, and drove the merger with Publicis in 1992. He moved from Dallas to New York City to run the combined agency. He personally drove the decision to remove his family name from the entity -- a rare act of humility in an industry not known for it -- changing it from “Bloom-Publicis” to Publicis USA to better reflect its global identity, which he led until retiring 10 years later in 2002.

Thank you, Bob Bloom, for helping transform advertising into the extraordinary industry that it is today. You left the industry, and the world, better than you found it.