Tobacco Truths? From 'Vaping Is Better' To Corporate Smoke & Mirrors 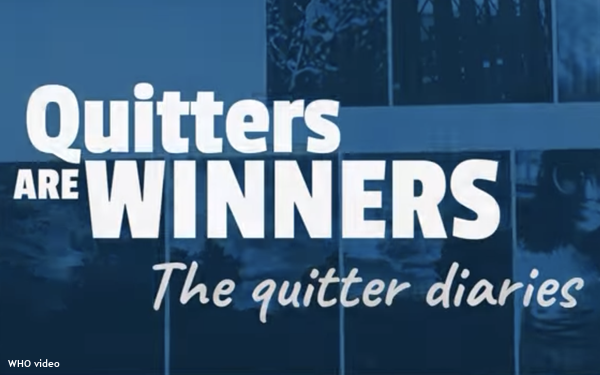 British American Tobacco, which markets both traditional and e-cigarettes, says there’s plenty of scientific evidence showing that vaping tobacco poses less of a health risk than smoking cigarettes, but most people aren’t aware the evidence exists.

Last week, BAT publicized a summary of more than 300 peer-reviewed scientific papers issued over the past decade by some 50 institutions. The company concluded that while vaping products “are addictive and not risk-free” they are still “less harmful” than conventional cigarettes.

“In England and the United States, only one in three adults is aware that there is scientific evidence available, including from leading public health authorities, that supports the conclusion that vaping is less harmful than smoking.”

According to BAT, the number of people who “incorrectly believe vaping is as harmful or more harmful than smoking conventional cigarettes” has risen in the UK, Europe and the United States in the last 10 years.

To groups like the World Health Organization, the whole controversy is just corporate smoke designed to keep people hooked on tobacco—regardless of how it’s consumed.

To celebrate World No Tobacco Day on May 31, the WHO reiterated its stance that quitting tobacco is the only option that matters.

“We must be guided by science and evidence, not the marketing campaigns of the tobacco industry—the same industry that has engaged in decades of lies and deceit to sell products that have killed hundreds of millions of people,” said WHO Director-General Dr. Tedros Adhanom Ghebreyesus.

The WHO is running video sequence called “The Quitter Diaries Series” to communicate the efforts of six people in six countries to quit smoking.

The company acknowledges that roughly 150 of some 6,500 different compounds contained in cigarette smoke “are known to be toxic to the human body.”

Conversely, due to fewer ingredients and lower heat than that produced by combusting tobacco, vape aerosol contains “substantially fewer and lower concentrations of compounds than cigarette smoke,” according to BAT.

BAT’s renewed focus on nicotine vaping came a few days before the start of an antitrust trial in which the Federal Trade Commission is probing vape pioneer Juul Labs Inc. and tobacco giant Altria Group Inc.

As previously reported, the FTC alleges that Altria—which holds a 35% stake in Juul—and Juul eliminated competition in the e-cigarette space in violation of antitrust laws.

The administrative trial continues this week in a virtual proceeding that normally would take place at the FTC’s Washington, D.C. headquarters. Following all testimony, an administrative law judge will make an initial decision and then FTC commissioners will vote to determine an outcome.

One possibility is that the FTC will force Altria to divest its ownership in Juul.

BAT’s Vuse brand and Juul dominate the U.S. vape market with about 33% and 50% of dollar sales, respectively, according to data from Nielsen and Cowen and Company.