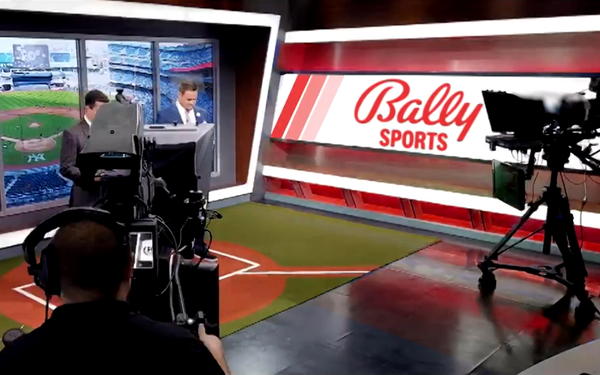 Sinclair Broadcast Group is “quietly” working with the LionTree investment bank to raise more than $250 million for a new sports streaming service, according to the New York Post — a venture that would shake up the cable industry, if it pans out.

One of the two Post sources “with knowledge of the plans” acknowledged that “a lot of moving parts” would have to come together for Sinclair to pull off such a launch — not the least of which is securing streaming rights from the NBA, MLB and NHL.

One of the sources gave the venture — which Sinclair is said to want to launch in time for next year’s baseball season — “a better than 50% chance” of happening.

Sinclair reportedly has told potential investors that it wants to charge $23 per month for streaming games in the 21 markets where it has team broadcasting rights.

Projections call for a robust 4.4 million subscribers by 2027 — more than either YouTube or Sling boast currently — and breakeven by 2024, according to one source.

That could pose another significant threat to cable operators, which are still the only choice for viewing many local sports games, and are more reliant on that advantage than ever, as consumers' shift to streaming services accelerates cord cutting.

At the same time, cable and satellite operators are more resistant than ever to absorbing increases in the sports distribution rights fees they pay the broadcasters who have purchased airing rights from teams. If anything, the MVPDs have sought to decrease those costs, as their subscriber bases shrink.

That’s problematic for Sinclair, which paid $9.6 billion to acquire the regional sports networks from Fox in 2019. Those were rebranded Bally Sports after Sinclair and Bally formed a partnership earlier this year.

Sinclair had 52 million cable subscribers at year-end 2020, but with revenue from cable carriage fees declining, "it needs to take the risk that it loses some of those customers to pay for its 2019 sports investment," points out the Post. The publicly held company had adjusted earnings of $1.89 billion in 2020, versus the $2.6 billion it projected when it bought the RSNs, and "the $8 billion in loans it took out to support its acquisition is underwater, with the most junior debt trading at 60 cents on the dollar."

Dish and its Sling TV virtual MVPD dropped the RSNs last year. Other vMVPDs have also dropped them, leaving AT&T TV as the only vMVPD airing all of the Bally RSNs.

In April, Rob Weisbord, president of broadcast/CRO of Sinclair Broadcast Group, told MediaPost that Bally Sports was continuing to seek deals from growing streaming players, including Sling TV, YouTube TV, Hulu + Live TV and FuboTV. “We’ll continue to negotiate with those virtual providers, as well as Dish Network,” he said. “Right now, they are trying to figure out the economics of it.”

Sinclair also owns 20% of YES network, which is controlled by the Yankees and airs Yankees and Brooklyn Nets games. It is unclear if Sinclair would seek to bring YES into a streaming service, reports the Post — which notes that this season, for the first time, the Yankees agreed to having some games (21 out of 162) streamed. The games will be on Amazon Prime, meaning its millions of subscribers (most of whom get the service as part of their Prime subscriptions), will not have to have cable to watch them.

If Sinclair succeeds in launching a sports streamer, it will be a “major, major development” that would “change the industry more quickly than I imagined,” a director for a non-Sinclair broadcaster commented to The Post.