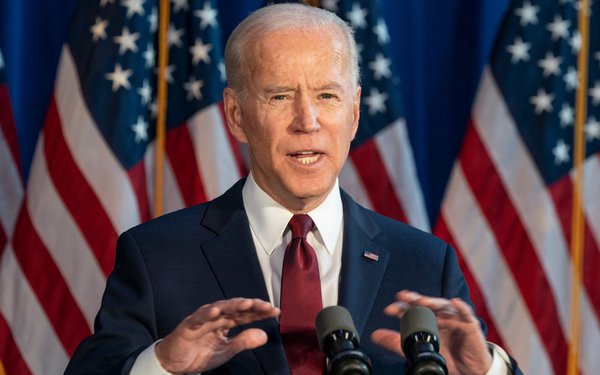 President Joe Biden's ambitious goals for broadband, including expanding access throughout the country, may remain unmet until he nominates a fifth commissioner to the Federal Communications Commission.

That's according to the ACLU, Center for Democracy and Technology, Free Press, Mozilla and dozens of other advocacy organizations.

“Time and again, your administration has demonstrated a deep understanding that broadband access is critical to education, work, health and well-being, and can literally be a matter of life and death,” the organizations say in a letter sent late last week to Biden and Vice-President Kamala Harris.

“Yet, as we move toward the second half of 2021 with no nomination for the fifth and final commissioner, the Federal Communications Commission remains below full capacity, which is incompatible with the goal of delivering open, affordable and reliable high-speed broadband to every home.”

For now, the FCC is politically deadlocked, with two Republican and two Democratic commissioners.

In recent years, the agency has voted on partisan lines on several issues relating to broadband -- including whether it's being deployed in a reasonable manner, and if it should be subject to net neutrality rules.

For instance, on former Chairman Ajit Pai's last day with the FCC, the agency said in a report that broadband is being deployed in a “reasonable and timely” fashion -- even though more than 14 million Americans lack access to service at speeds of at least 25 Mbps downstream and 3 Mbps upstream.

The two Democratic commissioners dissented from that finding, with current acting chair Jessica Rosenworcel stating that the decision to release the report “confounds logic.”

“We are in the middle of a pandemic,” she wrote. “So much of modern life has migrated online. As a result, it has become painfully clear there are too many people in the United States who lack access to broadband.”

Commissioner Geoffrey Starks, who also dissented, noted that the agency would have been able to take “immediate action” if it had found broadband wasn't being deployed on a reasonable and timely basis.

The agency has also famously been split on partisan lines regarding net neutrality rules.

In 2015, the FCC voted 3-2 to classify broadband as a utility service, and prohibit providers from blocking or throttling content and from engaging in paid prioritization. But in 2017, after a change in administration left Republicans in charge of the agency, it voted to repeal those rules.

Acting Commissioner Jessica Rosenworcel, a Democrat, has repeatedly expressed support for the former rules. But she likely wouldn't be able to shepherd them through the agency until a fifth, tie-breaking commissioner joins.

“If we are to reach the goal of having a country where everyone, no matter their address or size of their bank account, has affordable access to high-speed internet, we need a full commission as soon as possible,” the groups said in a letter sent late last week to Biden and Vice-President Kamala Harris.