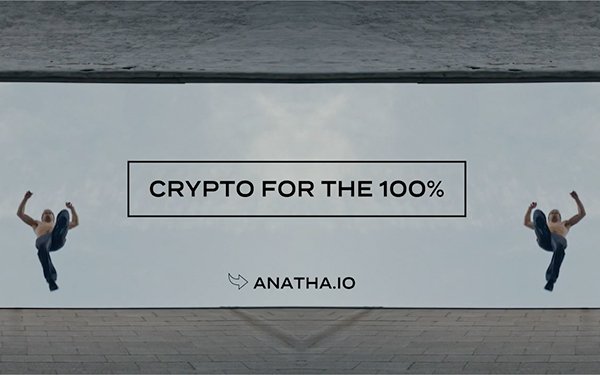 If Anatha has its way, cryptocurrency will be available to everyone, and not just the 1%.

The company’s native token, also named Anatha, along with its Android and iOS app, launched publicly on June 15, and is being supported by a global ad campaign budgeted at more than $10 million.

Created by Essential Good, the campaign targets a crypto-curious audience looking for positive returns. Namely, “people who think that crypto might be an interesting ‘investment' or want to do good in the world,” said Daniel Stein, founder and CEO, Essential Good. “We are opening up the category to a new group of consumers.”

The campaign is running online, on radio, OTT, and social media from June 15 through October 15, as well as The Wall Street Journal and other financially focused publications and The New York Times, the Guardian, and the Utne Reader.

Launch markets are the U.S., U.K., Australia, New Zealand, Singapore, and The Netherlands.

A 1:20 video summarizes Anatha’s mission, and opines that the financial system is rigged to favor a small group of people. By contrast Anatha positions itself as “Crypto for the 100%.”

“Connecting all of us is a system of payments and transactions that makes our modern economy work,” the narrator intones. “The trouble is, in-between all of these transactions are intermediaries — institutional middle men who control the flow of money -- and profit from it.”

Anatha’s endgame is to build a universal basic income. The value generated by the Anatha network is returned to the community via a global rewards program where every individual action contributes to elevating the economic standing of all participants. If one person does well, all participants share in that value.

The company’s public token sale accepts both debit and credit cards for as little as $50 to start. Buyers can also use the open source blockchain ethereum or bitcoin.

Anatha has a token supply for every person on the planet — more than 7.8 billion. The price began at $.015 on a decentralized exchange called Uniswap. The price goes up .01 EUR for every 10 million tokens sold.

Essential Good believes this is the first global crypto brand campaign aimed at a non-crypto, mainstream audience, with the mission "to make cryptocurrency more accessible to more people around the world,” says Stein.