Is Bluetooth Stalking You? 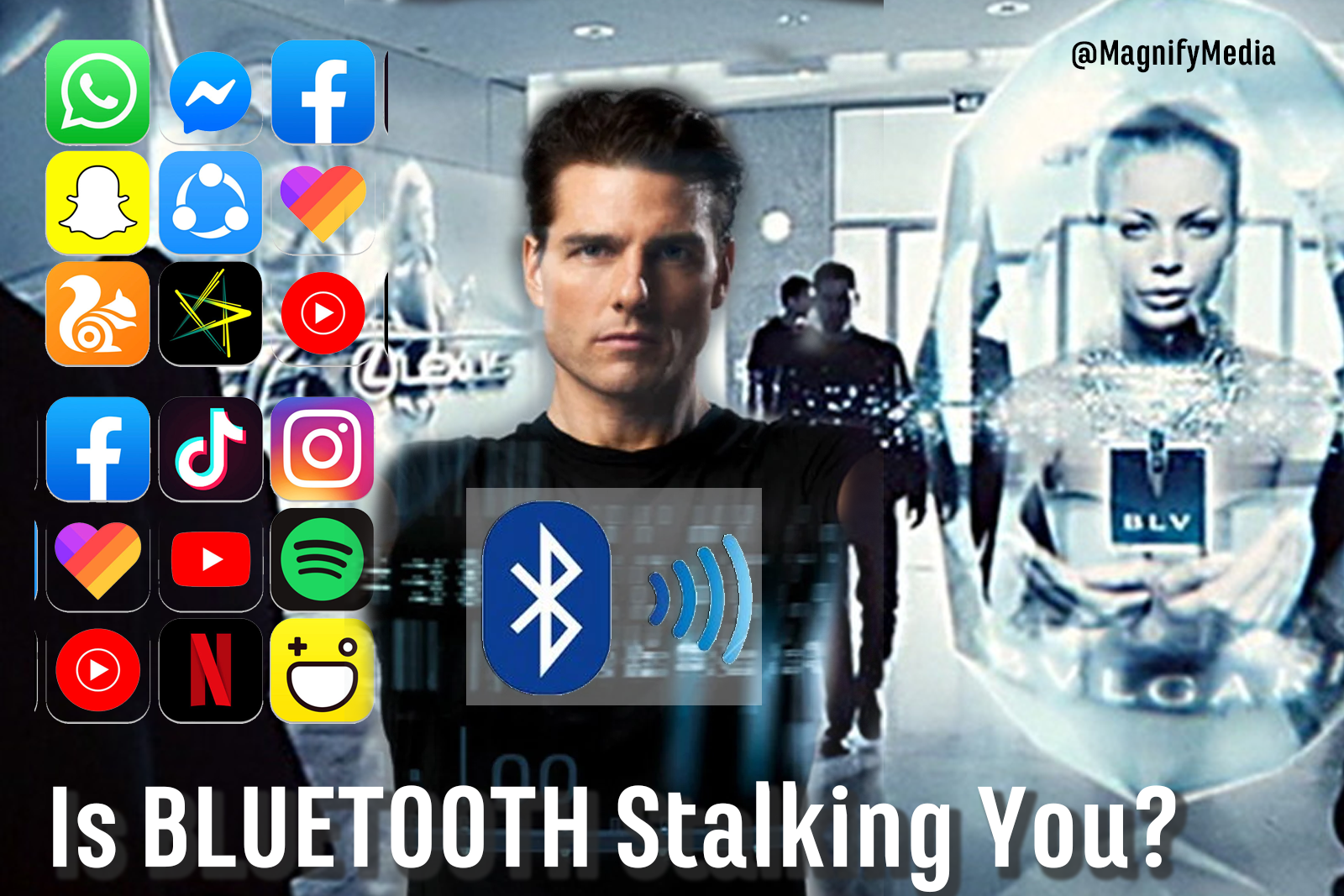 You may remember that scene in "Minority Report" in which the main character John Anderton (Tom Cruise) strolls through a mall and gets bombarded with ads that mention him by name, implying they've been targeted specifically to him -- ads from companies including Lexus, Guinness and American Express.

It turns out marketers are hijacking a little-known feature to let them do just that. How did I find this out? A bunch of random apps started requesting access to Bluetooth.

As you may already know, Bluetooth is the short-range wireless tech used to connect your wireless air pods to your phone. Little short digital hops. It was originally built as a wireless alternative to RS-232 data cables.

But why does the CVS app want Bluetooth access? What CVS wanted was to connect me to a location beacon. This is very different from Bluetooth devices connecting an Apple Watch, Airpods, or a speaker to your phone.

It turns out many stores use Bluetooth to "enhance user and customer experience."

Apple has had a way for apps to ask for permission using App Tracking Transparency. This feature allows you to choose whether an app can track your activity across other companies' apps and websites for the purposes of advertising or sharing with data brokers. But using Bluetooth, often in the background without permission, is a whole new level of digital stalking.

CVS' use of Beacons works by detecting your location (near a store for example), then tracking you via Bluetooth access. This Bluetooth allows customers to access a promotion or be directed towards an item inside the store. At least, that's how CVS explains it.

But this convenience then allows the app/business to run in the background of your phone and, for example, constantly track your location, which is downright creepy. And it turns out a whole bunch of apps had grabbed Bluetooth access without even asking.

It appears that iOS 13 made asking permission a requirement. Now Google, Facebook, YouTube, and Spotify and more all request Bluetooth permission in iOS 13. And they're not alone. Banking apps, ride-sharing apps, and even food delivery apps like Domino's are now asking for permissions to track you via Bluetooth.

Here's my simple three-step process when faced with such a request.

1. Why?  Ask yourself why that app needs Bluetooth. Do you want to share your location information with this app?

2. Who's asking? Do you trust the app developer or not? Are they a brand you want to share intimate data with?

3. Why not? My advice is, deny everything at first. Then, if you hit a feature that isn't working or a service that requires Bluetooth, you can determine to allow it, knowing the trade-offs you're making. You may find most features work without Bluetooth. Spotify, for example, can send music to wireless headphones without Bluetooth. It can even switch playback to your other devices -- again, without Bluetooth.

Here are a few easy steps to fix your Bluetooth access problem.

Taking control of who's got access to your location data means you won't wake up one day and find you're John Anderton.