New 'Gossip Girl' Manages To Insult Everyone In Sight 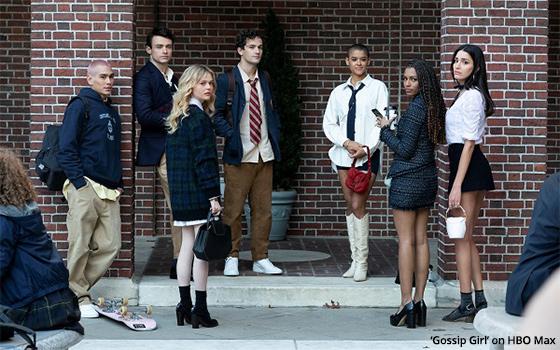 The makers of the new “Gossip Girl” series premiering this week on HBO Max have achieved the impossible -- they have actually made a show that is worse than the original, a standard so low that you would have thought it impossible to bend over backwards sufficiently to limbo underneath it.

But clear this low bar they did. This new “Gossip Girl” is a show that plays like an answer to a question nobody asked -- namely, why doesn’t somebody make a new “Gossip Girl”? The obvious answer is: Because nobody would want to watch it.

And yet, here it is on HBO Max, a streaming brand that is at least partially associated with HBO, a premium cable channel that just a few years ago (or so it seems) would never have dabbled in such low-rent, insulting dreck as “Gossip Girl.”

The original “Gossip Girl” aired on The CW from 2007 to 2012. Like this new one, the original was filmed in and around Manhattan’s Upper East Side neighborhood, where many residents are wealthy (and just as many, if not more, are not).

Like the original, the new “Gossip Girl” concerns itself with the lives of rich, snobby brats at a tony private school, although the cast of this new version all look like they are a good deal older than a group of high schoolers.

Needless to say, they are all obnoxious, mean, entitled, spoiled -- you name it. The problem is, they do not represent any type that resembles in any way the vast majority of the people who live in this Manhattan neighborhood, and in particular, the teens who attend the neighborhood’s many private prep schools.

The show never comes anywhere close to any recognizable truth about the area in which it is supposed to take place, but it does manage to insult every group that its characters represent -- the rich, the not-so-rich, blacks, whites, Asians, all high-school teens, all teachers, the intelligence of all who will watch it, and the list goes on and on.

It is easy, and a cliché, to dismiss the vast majority of TV shows as not worth anyone’s time to watch, but when talking about this new “Gossip Girl,” this cliché was never more appropriate.

By its nature, TV has long been a vacuous medium whose aim has often seemed to make listless couch potatoes of us all, but this does not mean we have to wallow in every cynical, mean-spirited TV series that the junk purveyors of the TV industry hurl at us.

For here is a TV series that possesses no categorizable positive quality whatsoever. On the contrary, it is an implausible mess -- poorly cast and even more poorly written.

I would venture to say that there are precocious third-graders living on Manhattan’s Upper East Side who could write a better show than the adults (presumably) who have written this one.

In the old “Gossip Girl,” a mysterious person (the “gossip girl” of the title) was blogging anonymously about her community and, in the process, undermining its social structure.

In this new one, the twist seems to be that the secret “gossip girl” might turn out to be one of the prep-school teachers (or more than one of them) who seeks to wrest control of the school away from the spoiled student body that apparently controls it.

Watch this show if you feel you simply must learn what happens next, but even The CW has moved on from shows like this, and so should everybody else.

hbo max, streaming, television
1 comment about "New 'Gossip Girl' Manages To Insult Everyone In Sight".
Check to receive email when comments are posted.
Next story loading