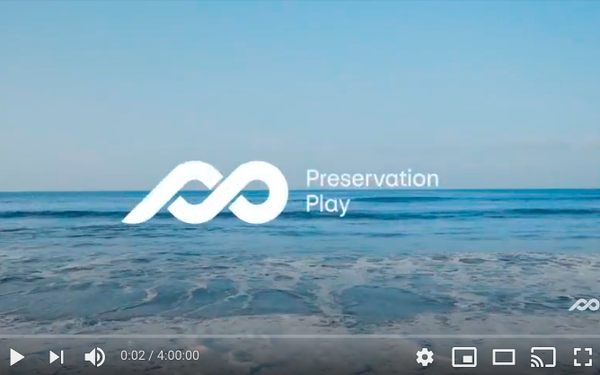 Recognizing that there is a rapidly expanding marketplace for videos providing calming scenes of our natural planet, Interpublic's R/GA unit has launched a new, ad-supported YouTube channel in which all of the revenues go back to sustaining our natural planet.

The venture, dubbed "Preservation Day," was conceived by R/GA's London team and features some of the most transcendentally calming footage -- and sounds -- of planet Earth (see/hear above, or watch the explainer video below).

"The ad revenues earned will go straight to the NGOs," the agency said in a statement, announcing the new channel this morning.

It explicitly cited that Project Zero and "other environmental organizations" would be the beneficiaries of the YouTube video advertising revenues, after a "small portion" is taken to buy AdWords and Discovery videos promoting the content in order to generate incremental views, "and more ad revenue."
“The Preservation Play creates a ‘good loop'," explains R/GA Senior Vice President-Creative Director Nick Pringle, noting, "The more people watch, the more they relax, the more they earn for the environment. It’s great when we can use our creativity to create genuine value for NGOs like Project Zero.”