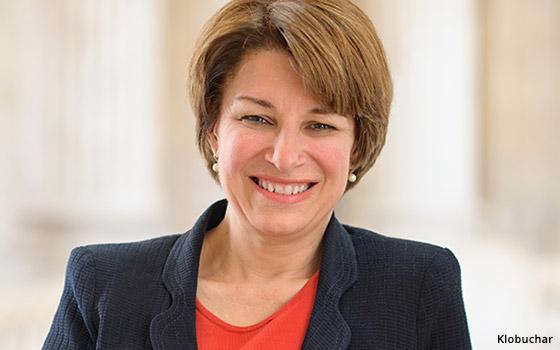 “It is essential that the Commission take action to deter anticompetitive conduct by digital monopolists by ensuring that they are held liable for antitrust violations to the full extent of the law,” Sens. Amy Klobuchar (D-Minnesota), Mike Lee (R-Utah) and Reps. David Cicilline (D-Rhode Island) and Ken Buck (R-Colorado) say in a letter sent Friday to FTC Chair Lina Khan.

Their letter comes four days after U.S. District Court Judge James Boasberg in Washington, D.C. dismissed the FTC's antitrust complaint against Facebook on the grounds that the agency's allegations, even if true, were too vague and conclusory to prove that Facebook has monopoly power in the market for personal social networking services.

The FTC alleged last December that Facebook violated laws aimed at protecting competition by purchasing social-media service Instagram (acquired for $1 billion in 2012) and messaging service WhatsApp (bought for $19 billion in 2014).

The agency also alleged that Facebook hindered potential competitors by imposing limits on how they could access application programming interfaces, which enable interoperability.

Facebook urged Boasberg to dismiss the FTC's case for numerous reasons, including that the allegations, even if proven true, wouldn't show that the company obtained a monopoly in a “relevant market” or that it has monopoly power to harm competition and consumers in that market.

“The FTC’s one-count monopolization case against Facebook utterly ignores the reality of the dynamic, intensely competitive high-tech industry in which Facebook operates,” the company wrote in papers filed in March.

Boasberg sided with Facebook, writing in an opinion issued Monday that the agency's factual allegations weren't solid enough to support the antitrust claims.

“The FTC alleges only that Facebook has 'maintained a dominant share of the U.S. personal social networking market (in excess of 60%)' since 2011 ... and that 'no other social network of comparable scale exists in the United States,'” he wrote, quoting from the agency's lawsuit.

Boasberg specifically added that the FTC's complaint didn't include any metrics -- such as ad revenue or time spent on the service by users -- that would explain why it is alleging that Facebook commands a market share greater than 60%.

Boasberg's ruling allows the FTC to attempt to reformulate its allegations and bring them again by July 29.

In their letter, Klobuchar and the others ask the FTC “to continue to pursue enforcement action against Facebook and to consider all available options under the law for ensuring that the Commission’s claims receive a full and fair hearing before the court.”

It's not yet clear how the agency will proceed, or whether it can draft an antitrust complaint that contains the types of factual allegations Boasberg says are necessary.

Carl Szabo, vice-president and general counsel of the industry group NetChoice (which counts Facebook as a member), says he doubts the FTC will be able to draft a complaint in a way that allows the lawsuit to move forward.

“The reason the FTC didn't come with facts is because there's no way they can prove that Facebook has 60% or more of the social networking services market,” he says.

Szabo adds that even a narrowly defined market for “personal social networking services” would likely likely include Twitter, TikTok and Snapchat.

If the FTC doesn't draft a new court complaint, the agency has another option for prosecution: It could bring an administrative complaint against Facebook.

That type of complaint would be heard by an FTC administrative law judge, and could include claims that Facebook engaged in unfair methods of competition, according to Slate.

Facebook would be able to appeal any adverse finding by an administrative law judge to the full FTC, and then to a federal circuit court.