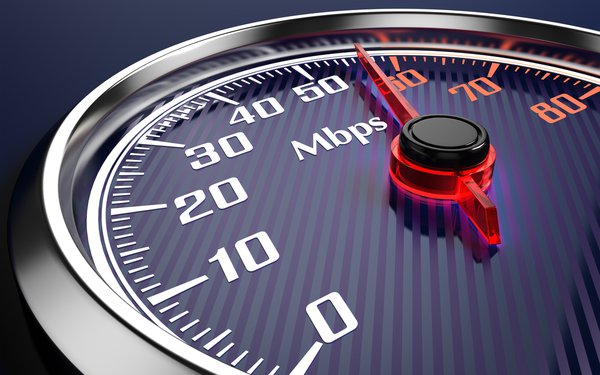 Broadband service at speeds of 25 Mbps download and 3 Mbps upload -- the benchmark set six years ago by the Federal Communications Commission -- is probably too slow for many small businesses, according to a new government report.

“Millions of small business owners continue to lack access to broadband that meets their needs,” the U.S. Government Accountability Office said in a report issued Thursday. “FCC’s minimum speed benchmark of 25/3 Mbps is likely not fast enough to meet the needs of many small businesses, particularly with regard to upload speeds.”

The accountability office is recommending that the FCC should solicit comments and evaluate small businesses' broadband needs regarding speed, and then draw on its findings when determining the definition of broadband.

For the report, the non-partisan accountability office relied on prior surveys by outside companies and organizations, and conducted its own interviews with 12 small business owners.

One of the surveys, which was sponsored by Google, found that 8% of businesses with fewer than 250 employees said “poor internet access” was “a barrier to improving digital engagement.”

Another study, sponsored by Amazon and the U.S. Chamber Technology Engagement Center, found that 20% of rural small businesses don't use broadband. That report was based on a survey of 5,300 rural businesses with less than 500 employees.

Since 2015, numerous outside organizations, advocacy groups and lawmakers have urged the agency to revise its benchmark upward.

The FCC relies on its definition of broadband when issuing an annual report on deployment; that report can then influence how the FCC approaches decisions regarding broadband policy.

Acting FCC Chair Jessica Rosenworcel has argued in favor of defining broadband as speeds of at least 100 Mbps.

The trade group Incompas -- which counts online video providers like Amazon, Google and Netflix among its members -- has argued for an even faster benchmark.

Last year, the organization urged the FCC to define define broadband as internet connections of 1 Gbps.

“Markets with gigabit connectivity not only have faster speeds, but also more affordable prices,” Incompas wrote in a filing with the FCC. “The U.S. should be adopting benchmarks that reflect truly 'advanced' telecommunications capability, not settling for baseline speeds.”