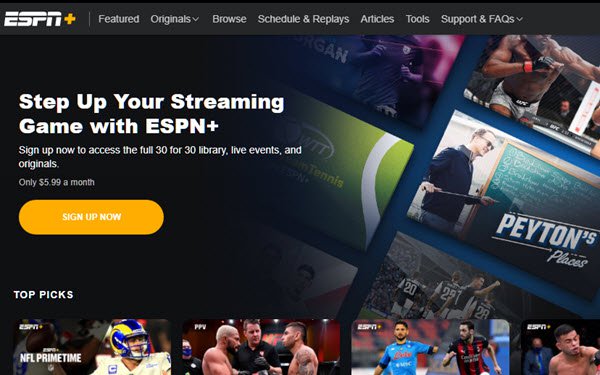 The latest price increase follows a series of significant investments in rights deals for live and archival sports content.

Those include a deal with the National Hockey League to stream  75 of its games exclusively on ESPN+, and one with the All-England Lawn Tennis Club for rights to livestream all courts during the Wimbledon tournament and make video of notable matches and other archival content available through the streamer.

ESPN+ will also show LaLiga soccer exclusively starting in September, and the PGA Tour Live starting with its next season, notes Variety.

Drawing more sports fans to ESPN+ may help Disney increase subscribers to its Disney+/ESPN+/Hulu bundle at a time when Disney+'s rapid growth has begun to slow, at least in the U.S.