Stream This: Watching 'Up' Series Is An Experience Like No Other 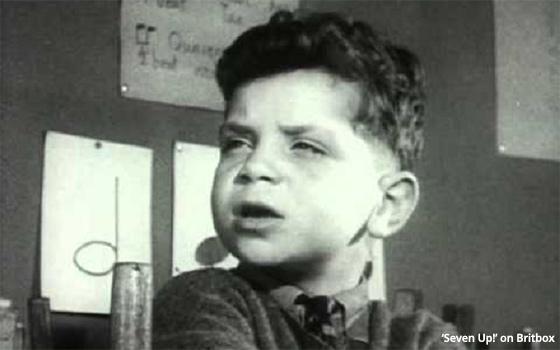 It is sometimes important to remember that every once in a while, television produces something that is wholly unique, meaningful and long-lasting.

And almost no other work produced for television has been more long-lasting, or at least consistent, than the English-made documentaries that have come to be known generally as "The 'Up' Series."

The first one premiered in 1964, and the most recent installment showed up in 2019. More recently, the series' long-time director and leading light, Michael Apted, died (on January 7, 2021), raising questions about this series’ continuation going forward.

But even if the series does not continue, the existing episodes -- amounting to a total of just shy of 17 hours -- add up to a streaming experience that has few equals.

The "Up" documentaries are the series of films produced by Granada Television that has followed the lives of 14 English men and women (all born in 1956) every seven years since they were 7 years old (although three of the participants sat out some of the installments, and a fourth one unfortunately died in 2013).

We just streamed all of the films, in order, on Britbox via Amazon Prime. The way it worked was, we had to first sign up for Amazon Prime, and then we signed up for Britbox, via Amazon, for $6.99 a month -- a subscription that was easy to cancel after we were done watching the “Up” series.

The films started with the 39-minute, black-and-white "Seven Up!" and then returned every seven years (Episode One is pictured above with participant Paul Kligerman).

As the participants aged, the lengths of the episodes grew until "63 Up" clocked in at two-and-a-half hours -- the more to accommodate the life histories of each subject now that they had gone through many decades of living.

Watching the entire thing from beginning to end was a special experience. It is possible I had seen pieces of it previously, but it must have been so long ago that I had almost no memory of it.

This was certainly the first and only time I had taken in this series in its entirety -- a process that took us a little over a week.

At the outset of this viewing experience, the documentaries can seem surprisingly banal. They consist chiefly of sit-down interview segments in which the participants bring their interviewer (in most cases, it was Apted himself) up to date on their lives -- their marriages, their children and their careers.

But with each installment, the experience became more personal, and the participants began to feel like people we had known for much of our lives, although we had never encountered them before.

We observed them aging physically. We saw them take up new jobs, raise children, endure marital difficulties and divorces, and face illnesses and the deaths of loved ones.

Some were content with the way their lives turned out, and others were not. None of them became particularly famous in their fields or made huge fortunes (although some are evidently more financially successful than others).

In short, we began to realize that these people -- who were chosen at random for a documentary when they were 7 years old, and had no inkling it would go on for their entire lives -- were just like us.

Perhaps that sounds like a trivial conclusion, but the fact is, we finished watching the "Up" series almost two weeks ago and we have not stopped talking about it. That is a phenomenon I almost never associate with the experience of watching a TV show.