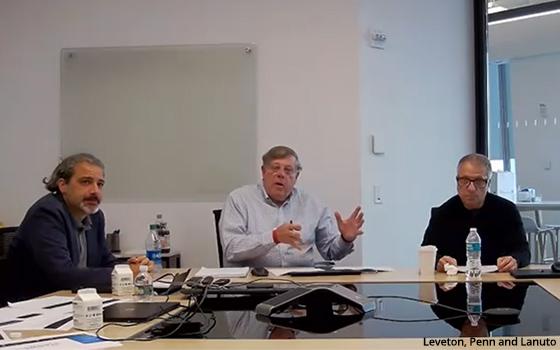 Stagwell Inc., the new company formed from the merger of MDC Partners and Stagwell Marketing Group reported double digit growth for both legacy companies in the second quarter. Because the merger was just completed this week, the firm issued separate reports for Q2 when the firms were still operating independently.

Stagwell Marketing Group posted net revenue of $181.8 million, up nearly 40% with organic revenue growth (excludes currency and M&A impact) of 33%. Organic growth for the first half was 14.5%.

Third-party direct costs, which are expenses incurred with third-party vendors when Stagwell acts as the principal when performing services for its clients, were $27.7 million in Q2 versus $32 million for the second quarter of 2020.

MDC Partners posted Q2 net revenue of 298.4 million up nearly 29% with organic growth of just under 27%.

The company said that on a proforma basis the combined company is expected to generate revenue of between $2.135 billion and $2.180 billion with pre-tax earnings of between $342 million and $357 million.

Mark Penn, chairman and CEO Stagwell Inc. described the performance of both the Stagwell and MDC units in Q2 as “excellent” during a Wednesday morning earnings call. He added that MDC had recovered pandemic-related declines “faster than expected.”

Penn said that business segments still facing “headwinds” included experiential marketing operations and those focused on travel-related services where a full recovery is not expected until 2022.

While the COVID-19 Delta variant is a concern, Penn said he did not believe it would significantly disrupt company operations going forward given that between 80% and 85% of the firm’s business is in the U.S. “I don’t see an economic slowdown” said Penn, particularly in the U.S. which is better prepared to combat the variant that many other parts of the world.

Organic revenue growth guidance for full year 2021 was not provided.

Over the past 18 months or so Penn has reorganized MDC operations into several networks of agencies including units led by Doner and Anomaly as well as the so-called “Constellation” group which includes 72andSunny, CPB and other agencies. In part those combinations are designed to foster collaboration within the group.

Penn said those networks would be expanded with the addition of certain Stagwell Marketing Group units, with announcements forthcoming shortly. Also forthcoming, he said, would be an announcement on how the company’s media operation—now with $5 billion under management—would be organized under the new company.

Penn said the company would continue to aggressively develop and market cloud-based services like PRophet, an AI PR tool that helps determine how a piece of news will be received before it’s pitched.

The firm has scheduled Sept. 20 to brief investors and analysts on its plans and strategy.

Stagwell Inc. president Jay Leveton said the combined company is focused on growth via collaboration. It’s, “one team with a mandate for mutual success,” he said.

The company also said it was refinancing a bond issue that it believes will save $20 million in interest expense, which is on top of $30 million in annual savings resulting from “synergies” arising from the merger.