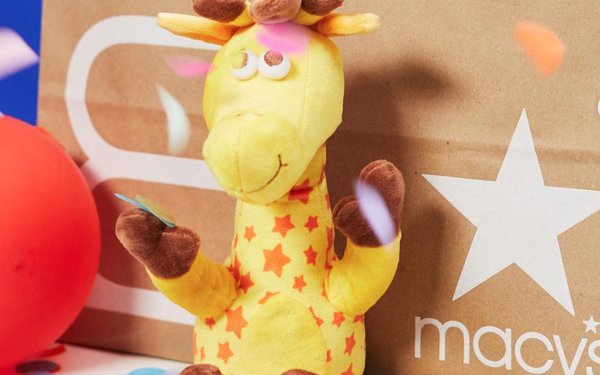 Department stores may be hip again. Just as both Macy's and Kohl's delighted observers with better-than-hoped for quarterly earnings, The Wall Street Journal reported that Amazon may jump into the troubled category. The report says the ecommerce giant is considering opening several large department stores in Ohio and California.

While the Amazon bombshell sent some investors scrambling and briefly caused shares of chains like Target and Best Buy to decline, it's not unexpected. Last summer, rumors buzzed that Amazon might bid for the then-bankrupt JC Penney and turn struggling mall stores into distribution centers. And in the spring of 2019, the Journal reported that Amazon might buy or start a supermarket chain aimed at consumers unwilling to shop at its pricey Whole Foods Market division.

It's certainly no secret the Seattle-based company is constantly testing different in-person retail formats, from its cashierless Amazon Go stores to the expanding Amazon Fresh banner. With 11 stores now open, that experiment will reportedly expand to 28 more units this year.

And in a sense, it already has a department store toehold, accepting Amazon returns at Kohl's 1,100-plus stores.

Many are skeptical. "Amazon has a spotty record in physical retail," says Sucharita Kodali, retail analyst at Forrester. "I wouldn't hold my breath."

Besides, she tells Marketing Daily in an email, "any investment in department stores these days makes no sense. Mass merchandise is a bit more promising, but even that isn't a home run."

And department-store sales have indeed been declining for more than a decade. The pandemic further rattled the weak sector with store closures, an overall decline in apparel spending and the onslaught of e-competition. Victims have included JC Penney, Lord & Taylor, Neiman Marcus, Century 21 and Stage Stores, which have all sought bankruptcy.

That said, the latest earnings show plenty of pep, not just from reconnecting with core customers but in attracting new shoppers. In its earnings announcement, Macy's says it brought in about 5 million new customers in the second quarter, a 30% increase compared to 2019. And 41% arrived through digital channels.

Macy’s also beefed up its forecasts for sales and profits for the full year, signaling growing strength as it finds its way past pandemic problems.

Ecommerce sales slipped 6% compared to the second quarter of last year, but are 45% higher than the 2019 period. And they now account for 32% of net sales, a 10-percentage point improvement from 2019.

Macy's also continues to announce new initiatives, including a new partnership with Toys R Us. Customers can shop the collection online, with the brand's beloved Geoffrey the Giraffe expected to welcome shoppers into physical stores inside 400 Macy's locations next year.

Supported by strength in its suburban locations, the Cincinnati-based company says it's "successfully reengaged core customers and attracted new, younger customers with new brands and categories," says Jeff Gennette, Macy's chairman and chief executive officer, in its announcement. "We provide a compelling, seamless integration between physical stores and digital shopping to most effectively meet the needs of our customers."

Kohl's second-quarter earnings also beat forecasts, with revenue rising 30.5% to $4.44 billion, up from $3.4 billion in the comparable period of 2020. Net income at the Menomonee Falls, Wisconsin-based retailer bounced to $382 million, up from $47 million. And it, too, hiked its forecasts for the remainder of the year.