'Jeopardy' Trebek Replacement Plan Was Botched From Day One 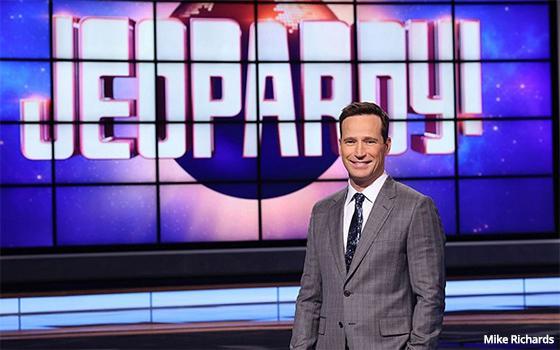 Keeping in mind the age-old caveat that hindsight is always 20-20, let us just come out and venture an opinion right here and now that the entire exercise of replacing Alex Trebek as “Jeopardy!” host following his death last November has been bungled from the get-go.

And the chief bungler may have been Mike Richards, the executive producer of both “Jeopardy!” and “Wheel of Fortune” at the time of Trebek’s death from pancreatic cancer at age 80.

But here is another caveat: I have no knowledge of who ultimately signed off on the lengthy guest-host plan that bedeviled and frustrated “Jeopardy!” fans since the parade of temporary substitutes started last January.

Perhaps it was conceived and executed by a committee of Sony Pictures Television execs in which Richards (photo above) was only a mere member, and a relatively new one at that, since he had only taken up the executive producer’s job in late summer 2020.

But if Richards had a major role in pushing the guest-host plan (as one can credibly assume he would have), then his dismissal this week as executive producer of “Jeopardy!” and “Wheel of Fortune” may have had as much to do with the ill-advised succession plan he promoted (and possibly devised) as the statements he made on a podcast some years ago that were unearthed recently.

The succession plan came to a conclusion a few weeks ago (or so it was hoped) when Richards himself emerged as the winner of this hosting gig which is one of the most coveted positions in all of on-air television. However, his tenure was short-lived.

The statements Richards made on the podcasts -- in which, among other things, he crassly objectified women -- led to his withdrawal from the host job about two weeks ago.

At the time, Sony said he would be staying on as the showrunner on “Jeopardy!,” but long-time observers had every reason to be skeptical of that, based on the turmoil that seemed to characterize his time as boss of the show.

And, lo and behold, the long-time observers were proven right as he was let go completely this week.

While the podcast statements no doubt contributed to the decision to cut him loose, it is the guest-host stunt that may have ultimately done him in.

In retrospect, the wisest strategy for Sony would have been to find and hire a replacement for Trebek within a few weeks of his death, and not have undertaken the guest-host parade at all.

The most obvious and logical choice was Ken Jennings, who was already on the premises as a consulting producer.

Moreover, he aced his audition when he guest-hosted the show for six weeks starting last January. He was the first of last season’s many guest-hosts and the best one too.

And at six weeks, he did it far longer than any other of the guest-hosts, including Richards, who all did two weeks apiece. Jennings was better than every one of them. Naming him as Trebek’s replacement back then would have been a no-brainer.

If this had happened, say, last February, no one would be talking about “Jeopardy!” and its turmoil today. On the contrary, Ken Jennings would be firmly ensconced as the show’s host and poised to start his first full season on September 13.

Instead, this show, which was once one of the most stable shows on TV, is now facing, again, an uncertain future -- all because someone thought it would be a good idea to disrupt it last winter with a guest-host stunt.

May this great old TV show serve as an illustration that not everything in our lives today needs to be disrupted. Once in a while, it is OK for something to simply stay the same as it ever was. Or to put it another way, if it ain’t broke, why try to fix it?

tv
1 comment about "'Jeopardy' Trebek Replacement Plan Was Botched From Day One".
Check to receive email when comments are posted.
Next story loading