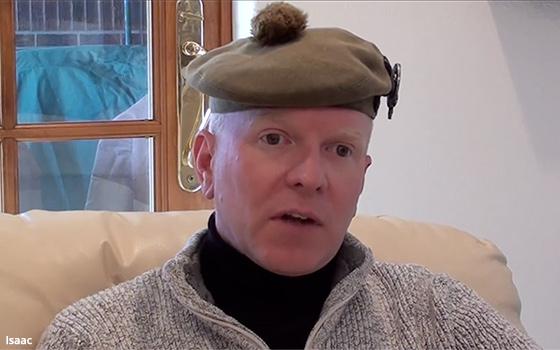 Computer repair shop owner John Paul Mac Isaac, who lost his defamation lawsuit against Twitter, is also on the hook for Twitter's legal fees, a federal judge ruled this week.

The businessman claimed in a lawsuit filed earlier this year that Twitter harmed his reputation by telling users that a controversial New York Post story regarding President Joe Biden's son, Hunter, was based on hacked materials.

U.S. District Court Judge Beth Bloom in the Southern District of Florida said in a ruling this week that Isaac's complaint was subject to Florida's anti-SLAPP (strategic lawsuits against public participation) law -- which aims to discourage people from suing others over activity protected by the First Amendment, and enables defendants to seek reimbursement of their court costs and attorney's fees.

“The instant suit arose from defendant’s protected First Amendment activity -- i.e., preventing the dissemination of the NY Post article on its platform for violation of its content moderation policies,” she wrote.

The ruling marks at least the second time this summer that a federal judge in Florida has said social media companies have a First Amendment right to control the content on their platforms.

In June, U.S. District Court Judge Robert Hinkle in Tallahassee struck down a new state law that would have imposed sweeping restrictions on social media companies' ability to moderate content.

Isaac's complaint against Twitter stemmed from its decision to prevent the spread of a controversial, factually disputed New York Post article regarding material on a computer allegedly owned by Hunter Biden.

The Post's article was based on an email supposedly recovered from a hard drive that had been abandoned by Biden at a computer repair shop in Delaware, and then provided to an attorney for former New York City Mayor Rudy Giuliani.

The web company's move prompted a backlash, and Twitter quickly retreated. It restored people's ability to spread the article and announced it would no longer remove “hacked” content, unless shared directly by the “hackers.”

Isaac alleged in a lawsuit against Twitter that he began receiving bad Yelp reviews after Twitter restricted the spread of the Post story, and that he ultimately closed his repair shop.

“The law will not subject defendant to liability where it was 'meticulous enough' to preserve plaintiff’s anonymity,” Bloom wrote.

It's not yet clear how much Isaac will have to pay Twitter.