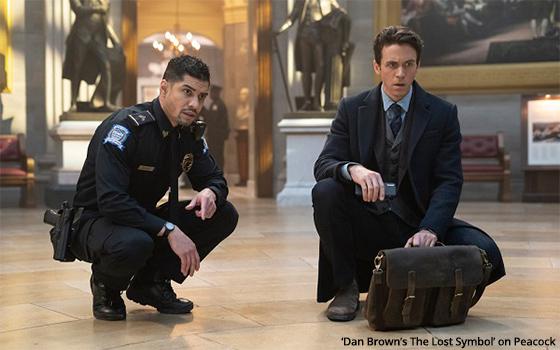 In the process of idly scrolling through some background information yesterday on Dan Brown and his fanciful books such as The Da Vinci Code and Angels and Demons, I learned that critics generally turn thumbs down on the movie versions of these books, while the moviegoing public loves them.

Specifically, one source mentioned that The Da Vinci Code, released in 2006 and starring Tom Hanks, made some critics’ lists of the worst movies of that year.

But at the same time, it was the second-highest-grossing movie of the year, with worldwide ticket sales estimated at $750 million.

And it bears mentioning that the reason three of Brown’s books featuring the professorial lead character Robert Langdon were made into movies -- “The Da Vinci Code,” “Angels and Demons” and “Inferno” (all starring Tom Hanks) -- is because the books were enormously popular in the first place.

The conclusion is that the Brown style of storytelling, in which various smarty-pantses (especially the Langdon character) are seen excitedly reciting all kinds of obscure history off the top of their heads, has captured the public’s imagination.

As a result, it seems fruitless to point out that a new TV series adapted from another one of Brown’s Langdon novels, “The Lost Symbol,” comes cast in the same mold as all the rest, except that Tom Hanks apparently passed on this one.

In his place, Professor Langdon -- Harvard lecturer on the subject of symbology -- is played on the TV show by Ashley Zukerman (seen in the above photo, right). The show, formally titled “Dan Brown’s The Lost Symbol,” starts streaming Thursday on NBCU’s Peacock.

In this Dan Brown symbology story, Langdon’s college mentor and fellow genius (played by Eddie Izzard) is kidnapped by a heavily tattooed fellow who is holding the kidnapped prof in a secret place, while he sends Langdon on a far-flung scavenger hunt in search of some long-buried object of unknown importance.

The significance of this object is a mystery because that is what the Brown books are -- mysteries.

Thus, the TV series is designed to propel you forward into its labyrinthine story (both literally and figuratively) and hopefully, have you streaming subsequent episodes in anticipation of what comes next.

The show achieves this goal in spades -- especially if one is already inclined to accept the Brown style and dive wholeheartedly into another one of these ancient-symbol yarns.

The potential exists to have a good time with this series -- i.e., have fun with it -- but at some points, there are scenes of sudden, bloody violence that seem out of place in a series that would have been better had it been designed for family viewing, minus the blood-letting.