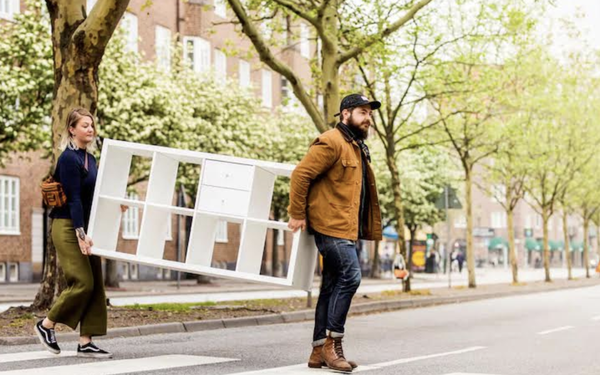 Looking to offload that Billy bookcase or Lack coffee table? IKEA is wading into the circular economy, testing a new Buy Back & Resell service in one of its Pennsylvania stores.

The company says the three-week pilot is part of its efforts to become a circular business by 2030. Members of its loyalty program (which is free to join) can sell their gently used items as-is. The only requirement is that it be fully assembled, functional, and not subject to any safety recall.

After evaluating the results from the pilot at its store in Conshohocken, a Philadelphia suburb, Ikea says it plans to roll out the service to additional markets in the U.S. Ultimately, it hopes to make it a permanent part of all U.S. stores.

The Swedish-based company has been offering buy-backs in other countries for the last few year. And it’s in a sprint to achieve its sustainability goals by 2030, transforming to a “climate-positive” business model.

“At IKEA, we are passionate about making sustainable living easy and affordable for the many, and want to be part of a future that’s better for both people and the planet,” says Jennifer Keesson, IKEA’s sustainability manager in the U.S., in the announcement. “We hope the Buy Back & Resell service inspires our customers to live a more sustainable life at home while giving their used furniture another life and a second home.”

Perhaps the biggest obstacle to the program is that the very thing people love most about the brand -- its affordability -- is what makes it so easy to dump during the next move or redecorating brainstorm.

That throw-away thinking is a major contributor to the 12.1 million tons of furniture Americans threw away in 2018. While some gets burned for fuel, some 81% winds up in landfill.

Multiple online companies are already dealing in this business, including One Kings Lane, Etsy and, of course, eBay, the granddaddy of all things vintage. But in the frenzy to make home comfier during the pandemic, people have also been relying on familiar names, such as Facebook Marketplace.