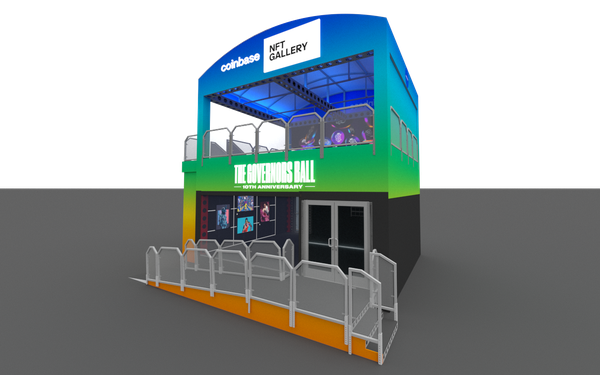 Cryptocurrency company Coinbase is making a big splash in the music festival sponsorship space, inking deals to sponsor three big events this fall including New York’s The Governors Ball coming up this weekend and the Electric Daisy Carnival festivals in Las Vegas in October and Orlando in November.

GroupM’s Wavemaker negotiated the sponsorships on behalf of client Coinbase.

The festivals are the first big music events that Coinbase is sponsoring--exclusively in the cryptocurrency category.

Coinbase will launch an on-site NFT (non-fungible token) gallery experience at all three of the sponsored venues, said to be a first. The galleries will celebrate the 10-year anniversaries of each of the music festivals and feature highly collectible one-of-a-kind NFT’s that capture memorable moments from past years. The NFT’s will be available for purchase throughout the weekend for festival attendees.

In addition, live moments from this year’s festivals will also be minted in real-time and made available for fans to purchase.

Asked about the strategy and objectives of the sponsorships Maggie Jones, associate director, sports & Live, Wavemaker, replied that the main idea “is to excite people about crypto, encourage Coinbase app downloads and account creation, while rewarding existing Coinbase users in places where they already are.”

This year being the 10th anniversary of The Governors Ball, she added, “was the perfect opportunity for Coinbase to leverage Gov Ball IP from past years in order to create meaningful NFT’s for fans, blending their love for this festival and their excitement for crypto into one experience.”

The Governors Ball Music Festival will be held Sept 24-26 at Citi Field in Queens, NY. Electric Daisy Carnival, commonly known as EDC, is the largest electronic dance music festival in the world. The annual flagship event at the Las Vegas Motor Speedway welcomes 500,000 attendees each year, while EDC Orlando at Tinker Field has seen substantial growth since its debut in 2011.