Ampm is Throwing a Big Fiesta for National Horchata Day 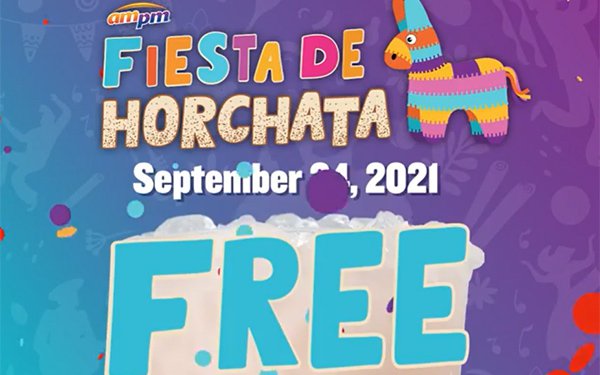 You may not realize that Friday, Sept. 24 is National Horchata Day, but convenience store chain ampm plans to educate its customers.

Anyone who visits the stores (which are located on the West Coast) will receive a free horchata if they show the ampm app on their phone.

Horchata, a name given to plant milk drinks, originated in Valencia, Spain, and was brought to the New World after 1492. Recently, it has began to morph into Horchoffee, a hybrid of horchata and coffee.