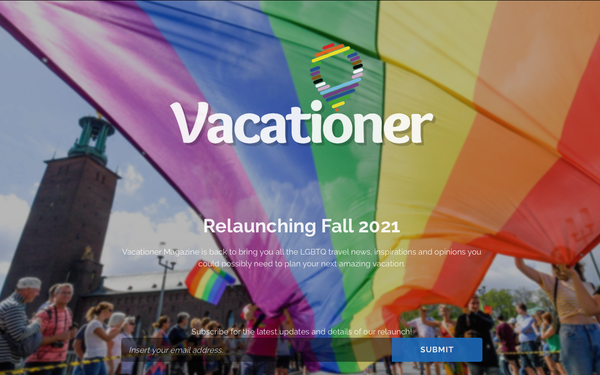 Gray Jones Media is relaunching Vacationer, an online magazine for the LGBTQ+ community as that travel sector demand increases in the wake of the pandemic.

The Oct. 5 launch will be accompanied by an LGBTQ+ travel series: “Check Your Luggage.”

The goal is to “make sure every queer traveler is excited to travel to the destinations of their choice, without feeling they might not belong or that they have to look a certain way,” said Gray Jones Media co-founders Richard Jones and Robin Gray.

Vacationer, which had originally debuted in 2019, will focus on the LGTBQ+ community as a whole, as opposed to the male emphasis travel publications have shown in the past.

Mosby adds Vacationer “will shift the narrative, showcase our community's diversity, and create a safe space for us to share our travel experiences and inspiration regardless of how we identify ourselves.”

Jones and Gray add Gray Jones Media is devoted to “creating content and safe spaces to allow our readers and viewers to see themselves and feel fully included in the queer world.”