Democrats Press For Curbs On 'Manipulative' Marketing Aimed At Kids 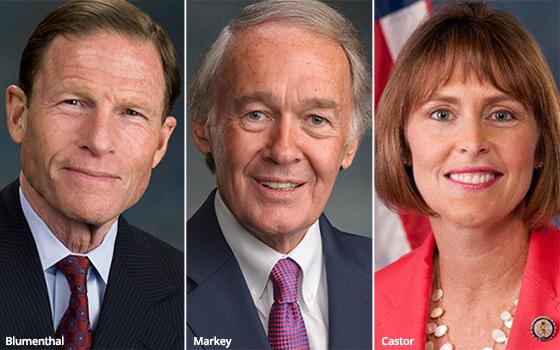 Three Democrats on Thursday reintroduced a bill that would impose a host of restrictions on websites aimed at users under age the age of 16.

Among other specific provisions, the proposed law would prohibit operators of platforms aimed at users 15 and under from using “auto-play” settings on videos, and would ban those operators from sending push alerts to those users.

The bill, initially introduced in March of 2020, was reintroduced the same day the Senate Commerce Committee held a hearing on Instagram's impact on young users. The hearing was prompted by a recent report in The Wall Street Journal that Facebook's internal research showed Instagram is harmful for a “sizable percentage” of teen girls.

The Journal reported that one Facebook research slide read: “Thirty-two percent of teen girls said that when they felt bad about their bodies, Instagram made them feel worse.”

Blumenthal referred to that research during Thursday's hearing, at which he blasted the company over its design decisions.

“Facebook knows the destructive consequences that Instagram's design and algorithms are having on our young people and our society, but it has routinely prioritized its own rapid growth over basic safety for our children,” Blumenthal said.

Facebook's global head of safety, Antigone Davis, countered that the company's internal research had been misunderstood, and that many teen girls suggested to Facebook researchers that Instagram was beneficial.