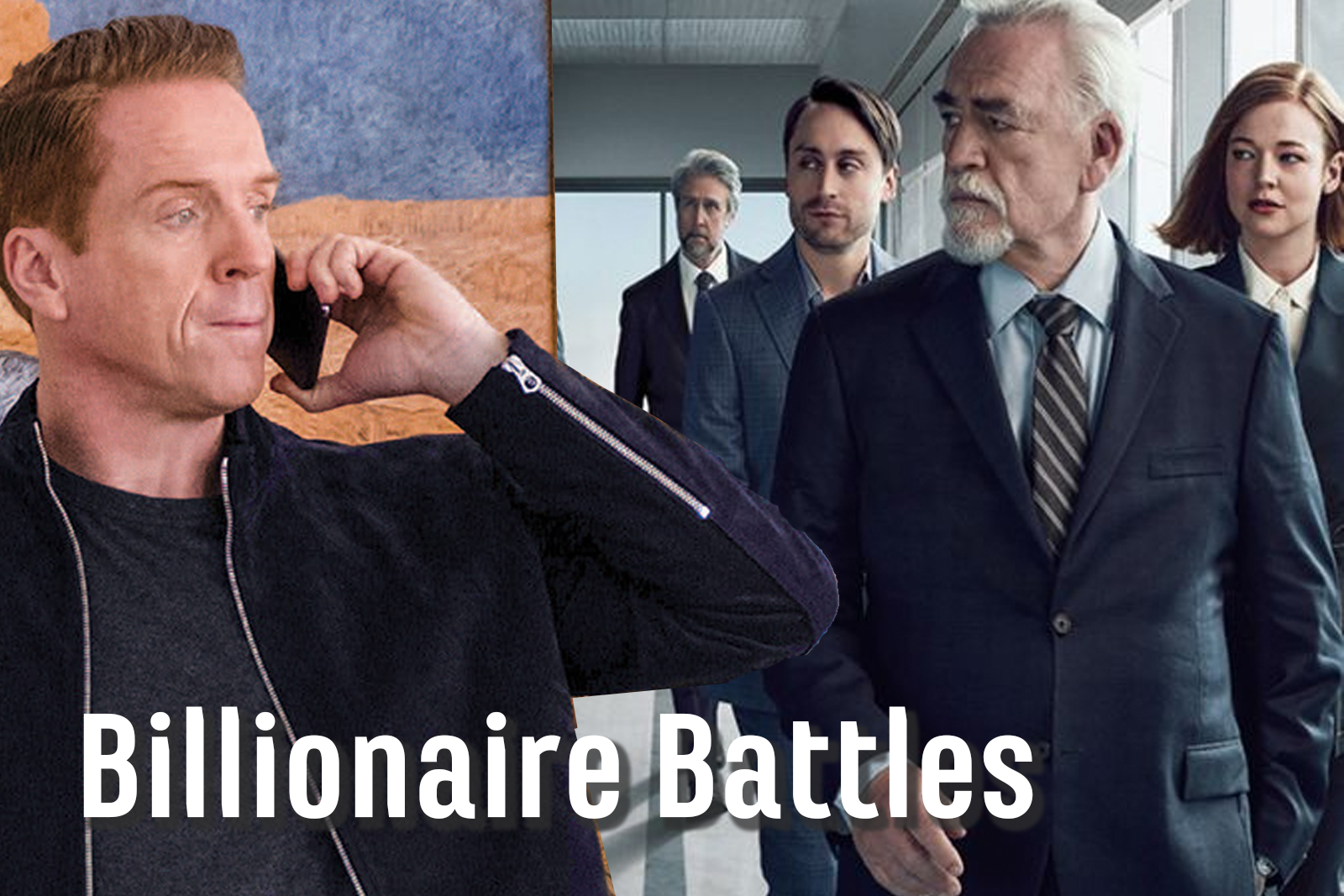 I don't quite know how it happened, but I've found myself watching both Showtime's “Billions” and HBO's ”Succession” at the same time, jumping back and forth between them.

Life at Axe Capital isn't that rosy. Bobby Axelrod is mercurial, narcissistic, and vindictive. Meanwhile, over at Waystar/Royco, the patriarch Logan Roy is similarly maniacal. One show is about a hedge fund, the other a media company, but at the core, they're both about power and the strategies it takes to garner and keep it.

The general consensus is that the Roy family is a modeled on the Murdoch clan, and a close reading of the characters would seem to confirm that.

In the series, the four Roy siblings vie for power. Kendall Roy is a carbon copy of Lachlan Murdoch. Both see themselves as the natural heir to the businesses. But Kendall -- unlike Lachlan -- takes a swing at the big job and fails spectacularly. As season three ends (?) Kendall once again takes on his father's CEO job in a palace coup.

In “Succession,” Roman is the youngest -- all swagger, but with little competence. He is a total failure, so much so that he's sent to executive training in the Parks division, where he remains entitled and lazy.

In the second season of“Succession,” the only daughter, Shiv, emerges as the potential future CEO. But her father Logan is deeply sexist, and just doesn't see Shiv as the CEO in waiting. He strings her on and leaves her hanging again and again.

“Billions” doesn’t have quite the same blueprint. Instead, it's more of an amalgam of a number of personalities. The show was co-created by Andrew Ross Sorkin, a financial journalist for The New York Times who has a long history of chronicling power brokers.  Sorkin said in an interview with Vanity Fair that setting the series in both the U.S. attorney's office and in the hedge fund offices was important to him as a financial journalist.

Damian Lewis' portrayal of Axelrod shows similarities to a number of real-world characters, among them Ivan Boesky and Steve Cohen. The then-U.S. Attorney for the Southern District of New York, Preet Bharara, met with Paul Giamatti during that actor's preparation for the role of Rhoades, who initially held that same position on the show.

And while the series are different, they are both -- at their core -- the battle of the billionaires.

Both Bobby Axelrod and Logan Roy epitomize the maniacal drive to win at any price. These aren't family money billionaires, but up by their bootstraps self-made billionaires, which comes along with a particular kind of drive that isn't diminished by money. No plenitude of houses, cars, or power gives them enough self-confidence to stop battling to win -- and to make sure others lose in the process.

The pandemic shut down production on ”Billions” for a while, and so the second half of season 5 returned on Sept. 5. Season 6 will arrive in January. ”Succession” will begin its nine-episode season on Oct. 17.

May the best billionaire win!