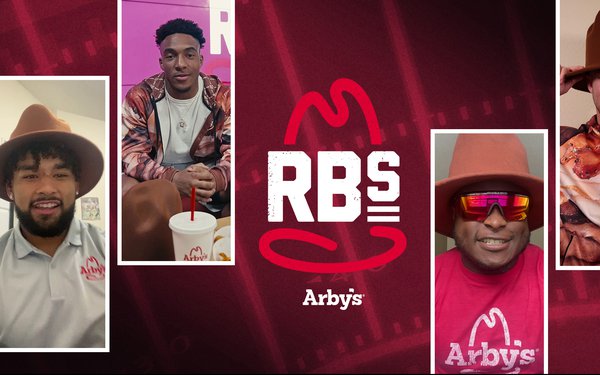 Arby’s is the latest fast-food company to tap into college athletes­ -- and the first to target a position. With the “Arby’s RBs” program, it’s inviting any and all running backs at Division I schools to apply for sponsorship.

To participate, the athletes have to post a video on Instagram or Twitter saying, “Tonight, I’m getting Arby’s,” using the #sponsored and #ArbysRBs hashtags. Arby’s says it will sponsor every eligible athlete who participates.

“We know a thing or two about RBs here at Arby’s,” Patrick Schwing, Arby’s chief marketing officer, said in the announcement. “We’re excited for as many running backs as possible to partner with us this season.”

Brands have been flocking to college athletes ever since the Supreme Court ruling freed them to earn money from their names, images and likenesses early in the summer. Since then, young athletes have been making NIL (name, image, likeness) deals with brands ranging from Boost Mobile, PetSmart and Degree.

Last month, Bojangles announced it was working with some 75 college athletes.

In its first week, Arby's social-media-led campaign attracted more than 70 submissions from D1 athletes. In return for their submission, the first 200 athletes get $500 each, as well as Arby’s RBs-branded swag.

And speaking of swag, Arby’s wants to make sure it’s as fragrant as possible. It recently offered sweat pants and hoodies smoked over hickory wood for hours as a promotion for its Real Country Style Rib Sandwich.

Arby’s made the Smoked Sweats in small batches in a Texas smokehouse, and they sold out quickly. The company, owned by Inspired Brands, says a restock is on the way.