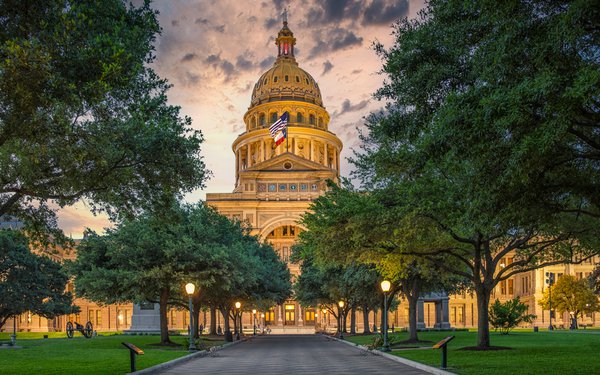 A new Texas law that prohibits Twitter, Facebook, YouTube and other platforms from suppressing posts based on viewpoint “poses an acute threat” to the media's First Amendment protections, the Reporters Committee for Freedom of the Press and other digital rights groups say.

The bill (HB 20) “vests the pure power of the censor in the State of Texas and its officials,” the groups write in a friend-of-the-court brief filed Thursday with U.S. District Court Judge Robert Pitman in Austin.

The organizations are urging Pitman to block the law, which was passed last month and is slated to take effect in December.

The measure prohibits Facebook, Twitter, Google and other large social media companies with more than 50 million monthly users from blocking, demoting or demonetizing posts based on the authors' political viewpoint.

The Reporters Committee for Freedom of the Press -- along with the American Civil Liberties Union, Center for Democracy & Technology and The Media Law Resource Center -- argue that the law threatens media freedom by empowering state officials to police online speech.

“State mandated viewpoint neutrality cannot be neutral; it will necessarily reflect the exercise of 'editorial control and judgment' by the state,” they add.

As with the Florida bill, the Texas law was driven by conservatives' belief that social media companies are particularly likely to suppress right-wing views -- despite a lack of empirical proof.

“In Texas we will always fight for your freedom of speech,” Governor Greg Abbott, a Republican, said when he signed the bill. “It is now a law that conservative viewpoints in Texas cannot be banned on social media.”

The tech industry funded group Chamber of Progress and other organizations argue in a separate friend-of-the-court brief that the measure will harm tech companies as well as consumers, by requiring the companies to carry posts that are legal but potentially dangerous.

“There are many reasons why a provider or consumer may want to limit content that is potentially harmful but not illegal,” the groups write. “Regardless of the reason, H.B. 20 presents a significant roadblock.”

“Today, Facebook and other providers prohibit a range of content that is not illegal -- but could be dangerous for impressionable users -- including content promoting eating disorders, cutting, and suicide,” the groups write. “H.B. 20 would curtail this by prohibiting removal of this type of content.”