Starbucks Prospects Perk Up Even As Coffee Crisis Looms 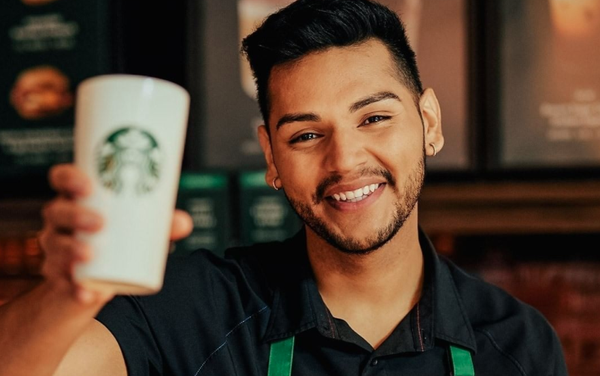 Starbucks' prospects in the U.S. and China are looking up, with new Wall Street reports upgrading investment recommendations. But coffee lovers might want to drink up sooner rather than later: Reuters reports the crisis is growing, with farmers in Colombia defaulting on one million bags of beans.

Starbucks continues to be one of the sturdiest and fastest-growing companies in the restaurant business. But it's worried investors recently, with revenues falling short of forecasts in two of the last three quarters.

Deutsche Bank Research raised its recommendation on the Seattle-based Starbucks, rating the stock as a "buy," up from "hold."

"The U.S. business has incredible momentum," writes analyst Brian Mullan, who covers the company for Deutsche, in his research note. He also believes unit growth in China could continue "potentially for a very long period."

And Sara Senatore, an analyst for Bank of America Securities, resumed coverage of Starbucks with a buy rating.

"Growth in the specialty coffee segment continues to outpace that of overall foodservice globally and in the U.S.," reports Seeking Alpha, quoting Senatore's note. "And yet despite the attractive growth, few concepts have been able to achieve any meaningful scale."

Senatore adds that, given the size of its U.S. business, "we think the impact of smaller concepts (even those with high growth) will be limited in the near term."

Meanwhile, trouble continues to brew in the world's coffee crops. Reuters says that Colombian farmers haven't delivered up to one million bags of coffee this year, or roughly 10% of its crops.

Ongoing problems have caused coffee prices to skyrocket, up 55% this year. And while large chains like Starbucks and Dunkin' have been unaffected so far because they buy so far in advance, the soaring prices impact smaller chains.

Rising prices are due to multiple factors, including drought in Brazil, shipping logjams and political protests.