'Reggie' Vamps It Up In New Ad From John Lewis 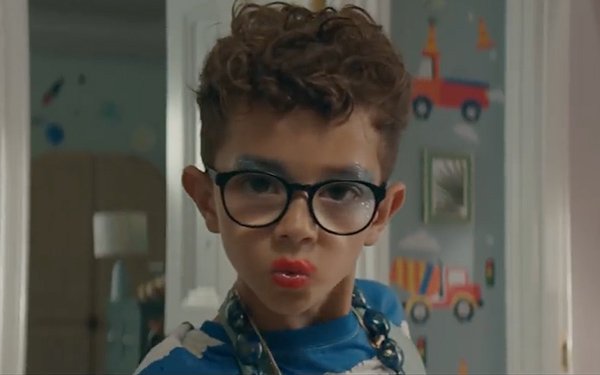 John Lewis, the British retailer known for its elaborate Christmas ads, is back with the tale of a free-spirited boy who vamps to Stevie Nicks’ “Edge of Seventeen.”

The ad, via Adam&Eve/DDB, features 9-year-old actor “Reggie” wearing girl’s clothes and traipsing around the house as the song plays. Meanwhile, he taunts his sister, knocking over her finger paints and rubbing the paint on his face and the walls.

Largely unknown to U.S. consumers, John Lewis has been releasing elaborate Christmas ads since 2007. The ads frequently have a large budget and feature a well-known rock song score. (Past songs have included Guns N’ Roses’ “Sweet Child O’ Mine” and Elton John’s “Your Song.”)

The Independent recently ranked all of the ads and found the 2011 ad “The Long Wait,” was the best. That ad featured a young boy who couldn’t wait for Christmas. As he rushed through his days leading up to Christmas, you expected him to wake up the next day and tear through his presents, but instead he was waiting to give gifts to his parents. Tagline: “For gifts you can’t wait to give.”