Garfield At A Little Less Large 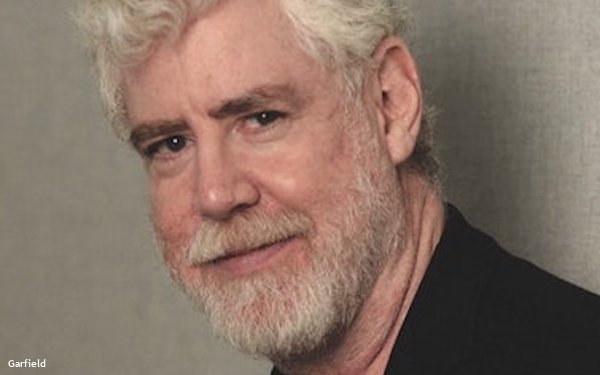 Bob Garfield has a problem and he asked me to ask you to help solve it.

Bob's problem is that after being unceremoniously fired as co-host of "On The Media" in May, he's feeling a little less large. A lot, actually.

After working for years at big publishing platforms like "On The Media" producer and New York public radio station WNYC, National Public Radio, USA Today, Advertising Age, and yes, even MediaPost, Bob has discovered that it's not so easy getting the attention of potential subscribers for his newest platform, a podcast called "Bully Pulpit."

And even though it's the same Bob Garfield, albeit on a different bat channel, he's feeling very humbled by the problem of getting discovered in an era of so much choice.

The funny thing is that Bob first identified this problem in a 2014 piece ("The Genius Glut") he wrote for his "Garfield at Large" column on MediaPost.

"So much genius, so little time," Garfield wrote back then, noting: "No gainfully employed American has the time, no matter how many devices he might own, to consume it all. And the foregoing list is just the stuff being produced right now."

That's why he's asking you -- the readers of MediaPost, including some of the smartest people in the world at getting people to discover new and improved brands -- to help him solve it.

So we're throwing down the gauntlet, issuing a challenge, and asking that any of you who have ideas for giving Bob the pulpit he deserves, let us know. You can let us know in the comments field here, or you can reach out to Bob directly at bobosphere@gmail.com, and he promises to publish them in a regular series of dispatches updating all of us on the project.

Think of it as a laboratory experiment, a mental exercise, a way to showcase your own genius, which would most likely lead to vast industry recognition like a Cannes Lions -- or even better, a MediaPost award.

As for Bob's dismissal from "On The Media" -- and charges that it was because he was a bully -- Bob says they are totally unfounded, and that he is optimistic about prevailing in two separate lawsuits against WNYC.

And when I asked him if "The Bully Pulpit" title of his new podcasting platform has anything to do with that, he said, "Joe, that's an excellent question. I can neither confirm nor deny that."

7 comments about "Garfield At A Little Less Large".
Check to receive email when comments are posted.
Read more comments >
Next story loading