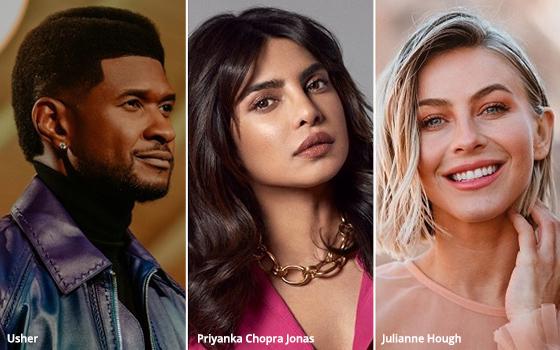 This coming Friday would have been the launch date for “The Activist,” the new CBS activism-competition reality show.

But “The Activist” will not be airing this Friday due to other activists and their activism.

The news first broke last month: A jury of the show’s peers -- i.e., other activists -- came out against the premise of this show, although none of the show’s critics had ever seen it.

That is an important point to make. To the extent that TV critics have standards (as many of us do, believe it or not), we do not comment on TV shows -- much less condemn them -- without watching them first.

Thus, the activists who railed against “The Activist” were doing so sight unseen. Their complaints, therefore, must have been based on what they had heard or read. This is not a legitimate means of judging a TV show. Take it from a professional.

In any case, CBS caved in to the uproar and shelved the show. First, the network canceled this week’s premiere. Officially, “ ‘The Activist’ has been postponed until a later, as-yet-to-be-announced date,” said a CBS spokeswoman when queried by the TV Blog.

From years of experience covering the TV business, I have cynically come to regard words and phrases such as “postponed” and “on hiatus” as straight-up synonyms for “cancelled” and “won’t ever see the light of day again.” But that’s just me; perhaps “The Activist” will someday be reactivated.

As a matter of fact, news stories in the wake of the uproar indicated that CBS and two of its producer partners on the show -- Global Citizen and Live Nation -- had agreed to somehow compress this show’s five episodes into one prime-time documentary (perhaps through a process of very clever re-editing) in which the show’s competitive aspects would be jettisoned. The CBS spokeswoman did not mention this plan, however.

What was “The Activist”? Here is CBS’s description of the show from September 9: “ ‘The Activist’ is an unprecedented series featuring six activists from around the world working to bring meaningful change to one of three urgent universal causes: health, education and the environment,” said a CBS press release.

“The activists will compete in missions, media stunts, digital campaigns and community events aimed at garnering the attention of the world’s most powerful decision-makers, demanding action, now.”

And here is the apparent bone of contention for the activists who activated their activism against “The Activist”: “The competing activists’ success is measured via online engagement, social metrics and hosts’ input.” Well, heavens to Betsy.

The anti-“Activist” activists were critical of this method by which success in the show’s competitions was to be measured -- basically along “popularity” lines according to a social-media “score.”

“Could very well be the worst idea for a TV show ever,” wrote one such activist. “Measuring the success of activism by engagement and social metrics is inherently wrong. I have seen campaigns do incredible, powerful work that isn’t quantifiable by how many retweets it got.”

On the show, the goal of the competition was “to create impactful movements and advance to the G20 summit in Rome … for a once-in-a-lifetime opportunity to meet with world leaders,” according to the press release. This is a pretty tall order, and a very unusual grand prize for a TV competition-reality show, to say the least.

“The contestants don’t compete for actual funds to do good works, but merely for the right to crash an international conference and try to shake down world leaders for cash,” complained another critic.

“As activists are jailed, maimed and killed around the world, this is grotesque,” wrote another.

On the show, the celebrity judges/hosts were to be (pictured above) singer Usher, actress Priyanka Chopra Jonas and professional ballroom dancer Julianne Hough (best known for “Dancing With the Stars”).

All three make claims about their own participation in various causes, and the TV Blog has no reason to doubt them.

With so many celebrities these days adding “activist” to their resumés and publicity materials, perhaps “The Activist,” which seems very much like “The Apprentice” for activism, can be reworked into “The Celebrity Activist.” Let’s see what the critics have to say about that.