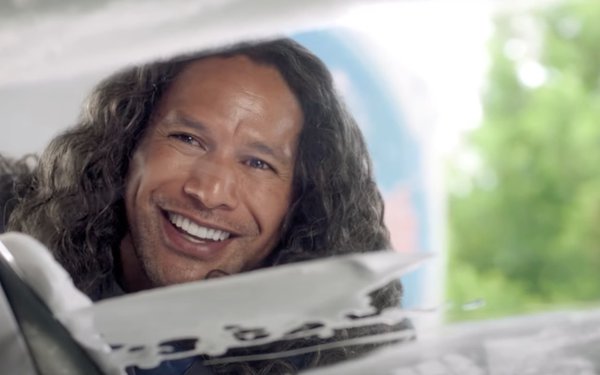 In the market for a new tattoo? Or a goth-rock piano anthem written just for you? Head & Shoulders wants to make it happen, and it’s putting longtime pitchman Troy Polamalu to work on Fiverr, which connects businesses with freelancers.

It’s the latest twist in the brand’s long-running relationship with Polamalu. While the NFL great may have retired back in 2015, those long and luscious locks are as recognizable as ever.

The new effort supports Head & Shoulders Scalp Shield Technology, which P&G promises can provide up to 100% dandruff protection, even between washes.

The comic push from Fiverr makes it clear just how hard-working Polamalu is. Other services he’s hawking include haircare tips and tricks, unboxing videos and extremely dramatic voiceover work.

Polamalu has been the face of the brand for 10 years. And for the last three, he’s been co-starring with Patrick Mahomes, quarterback of the Kansas City Chiefs, who also has a mighty recognizable mane.

Head & Shoulders continues to reign as the world’s best-selling shampoo brand, but the new push comes amid challenging times for the category.

Mintel, the market research company, says that the pandemic led consumers to steer clear of mid-priced brands, with the most growth happening either in lower-cost private label brands or the types of premium-priced products that fall into the self-care category.

Overall, Mintel says the haircare market “managed to stave off losses, increasing retail sales by an estimated 1.3% in 2020.”

In earnings results released last week, the Cincinnati, Ohio-based P&G says sales in its haircare products increased in the low-single digits in the first quarter of its fiscal year.

In its latest report on the shampoo business, Mintel delineates two trends that align closely with Head & Shoulder’s strategy. The first is credibility. Mintel calls out P&G’s partnership with Bill Nye the Science Guy, one of the most well-known science communicators, to showcase the science behind fighting dandruff.

Mintel says another key trend is that men are more likely than women to look for products that treat scalp conditions and rinse quickly, which explains their intense devotion to multiuse products and dandruff shampoo.